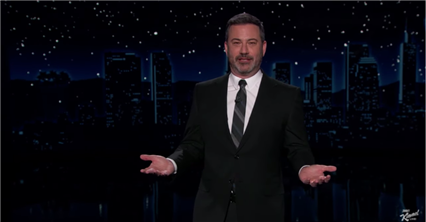 The Opposite of ‘I Do’

On Monday, a third woman accused Gov. Andrew M. Cuomo of New York of sexual harassment, saying he made an unwanted advance on her at a wedding in 2019.

“And the craziest part is there’s a photo of it,” Jimmy Kimmel said. “Very rarely does a wedding photographer capture anything interesting at all, but this one did.”

“In the span of one month, Andrew Cuomo has somehow done the impossible: He made Bill de Blasio the second-most-hated politician in New York.” — JIMMY KIMMEL

“Sweet Jesus, man, what are you doing? I mean, on the one hand, asking a woman for consent before you kiss them is what you’re supposed to do. But the other part of consent is waiting for them to answer. You don’t just grab them by the face like a bear yanking on a beehive.” — TREVOR NOAH

“And it’s not like this happened in 1992, and he could be like, ‘Well, it was a different time.’ This was in 2019. If you’re a public official doing this kind of thing after the #MeToo movement, either you just can’t help yourself, or you’re so dumb you shouldn’t be in office anyway.” — TREVOR NOAH

“So now I want to know, was he doing this the whole night, you know? Are the bride and groom going to be looking at their wedding photos like, ‘Aw, honey! Here’s the picture of you smearing the cake on my face. Oh, and there’s the one of Governor Cuomo licking it off.’” — TREVOR NOAH

“Wow, OK, so what? We’re just going to cancel Dr. Seuss books just because they’re racist? Uh, then what are the racist kids going to read, huh? You didn’t think of that, did you?” — TREVOR NOAH, on Dr. Seuss Enterprises ceasing publication of six Dr. Seuss books because of offensive imagery

“And I can understand why they’re pulling a small number of his books. ‘If I Ran the Zoo’ shows racist depictions of Asian characters, saying they’re ‘from countries no one can spell.’ So, ‘China,’ too difficult to spell, but ‘Solla Sollew’? Spelled like it sounds.” — STEPHEN COLBERT

“The real problem with Dr. Seuss is that all of his made-up words sound like they could be racial slurs. I mean, ‘a Zelf on the Shelf’? ‘The Nupboards in the cupboards’? [expletive], I don’t know what that means, but if a white person called me a Nupboard, we’re throwing down.” — TREVOR NOAH

“But still, there may be room for compromise here. Like maybe instead of getting rid of the books completely, they can just update the imagery. For example, take that offensive drawing of the two African men, and put it in a Tucker Carlson thought bubble. That way we all understand, ‘Ah, this is racist.’” — TREVOR NOAH

“And not only are they pulling some books out of print, they’re also tweaking some of the books that are in print to make them more inclusive. For instance, we now have ‘The Cat in the Problematic Headdress,’ ‘How the Grinch Appropriated Native American Culture,’ ‘Hop on Pop, With His Consent,’ ‘Horton Hears a They,’ ‘Horton Hears a Misogynist Joke and Reports It to H.R.,’ ‘There’s a Wocket in My Ethically Sourced Sustainable Pocket,’ ‘No Eggs or Ham’ — that’s a vegan thing, I guess — and ‘Yertle the Gender-Fluid Turtle, and Other Stories.’” — JIMMY KIMMEL

“There hadn’t been an earth-shattering outcry, but they recognized the impact that these images might have on readers, especially kids, and they’re trying to fix it, because Dr. Seuss books should be fun for all people: Black, white, straight, gay, Sneetches — both star-bellied and plain — Loraxes, Barbaloots, all the Whos down in Whoville, and the strange angry creature named Foo-Foo the Snoo.” — STEPHEN COLBERT

“And it’s especially important to be responsive like this, because Dr. Seuss has also so many books that are lovely and teach vital lessons that resonate to this day. ‘Horton Hears a Who’ is about listening to underrepresented voices. ‘The Butter Battle Book’ teaches tolerance. ‘The Lorax’ teaches environmental ethics. And ‘Hop on Pop’ warns against the dangers of pop-hopping. The next thing that pops might be his aorta.” — STEPHEN COLBERT

Amber Ruffin, a writer on “Late Night With Seth Meyers,” couldn’t get over Texas’s latest troubles and the Free Britney movement in Tuesday night’s “Amber Says What.”

Elizabeth Olsen from the Disney+ series “WandaVision” will sit down with Jimmy Fallon on Wednesday’s “Tonight Show.” 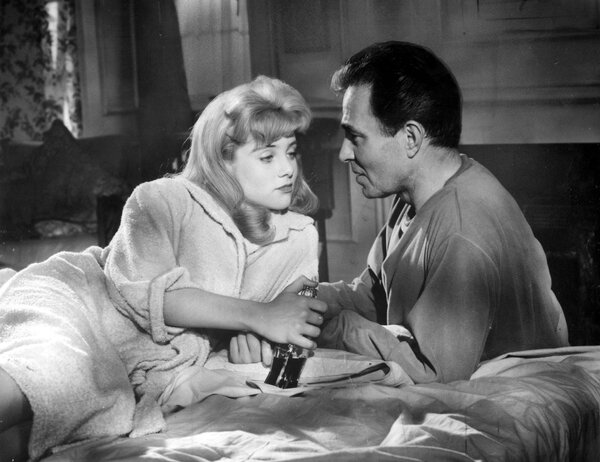 The actress and screenwriter Emily Mortimer contemplated “Lolita” and its notorious ability to escape obscenity laws.