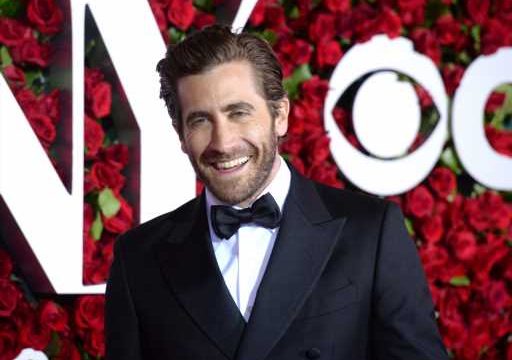 What is going on with celebrities lately and their bathing routines? Add Jake Gyllenhaal to the list of stars, who think bathing isn’t a daily priority. He has very specific reasons why he believes this, but what makes this revelation even more head-scratching is that it’s coming on the heels of his promotional tour as the face of Prada’s Luna Rossa Ocean. (Is he trying to mask his natural odor with Prada cologne?) 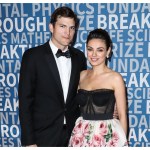 He explained to Vanity Fair his ideology behind his showering (or not showering) routine, “More and more I find bathing to be less necessary, at times.” Of course, he does believe that oral hygiene is important because “bad breath get[s] you nowhere,” but a little soap and water can take a pause. “I do also think that there’s a whole world of not bathing that is also really helpful for skin maintenance, and we naturally clean ourselves,” he added.

Normally, this wouldn’t be much of a story, but Gyllenhaal isn’t alone in his beliefs. Recently, Mila Kunis and Ashton Kutcher shared on the Armchair Expert podcast that they take a no-daily-baths approach to their two kids, daughter Wyatt, 6, and son Dimitri, 4. “Now, here’s the thing: If you can see the dirt on them, clean them,” Kutcher said to host Dax Shepard. “Otherwise, there’s no point.” And some of that philosophy comes from Kunis, whose upbringing didn’t always afford her hot water, so showering was a privilege. “But when I had children, I also didn’t wash them every day,” she chimed in. “I wasn’t that parent that bathed my newborns — ever.”

And that is the truth — taking a daily bath or shower isn’t always an option for many people, but as celebrities, they can afford to make those choices for themselves and their kids. That’s also the philosophy Shephard and wife Kristen Bell are taking with daughters Lincoln, 8, and Delta, 6. Bell told the hosts of The View that she lets nature takes its course with her kids and that she’s “a big fan of waiting for the stink.” She continued, “Once you catch a whiff, that’s biology’s way of letting you know you need to clean it up. There’s a red flag. Honestly, it’s just bacteria; once you get bacteria you gotta be like, ‘Get in the tub or the shower.‘”

So there are definitely hygiene practices happening in all of these celeb households, but it just might be different than the bathing choices the rest of us might make. And think of all the water they saving with this regimen — it’s good for our very thirsty environment.

Before you go, click here to see some of the most dramatic celebrity transformations of the past decade.