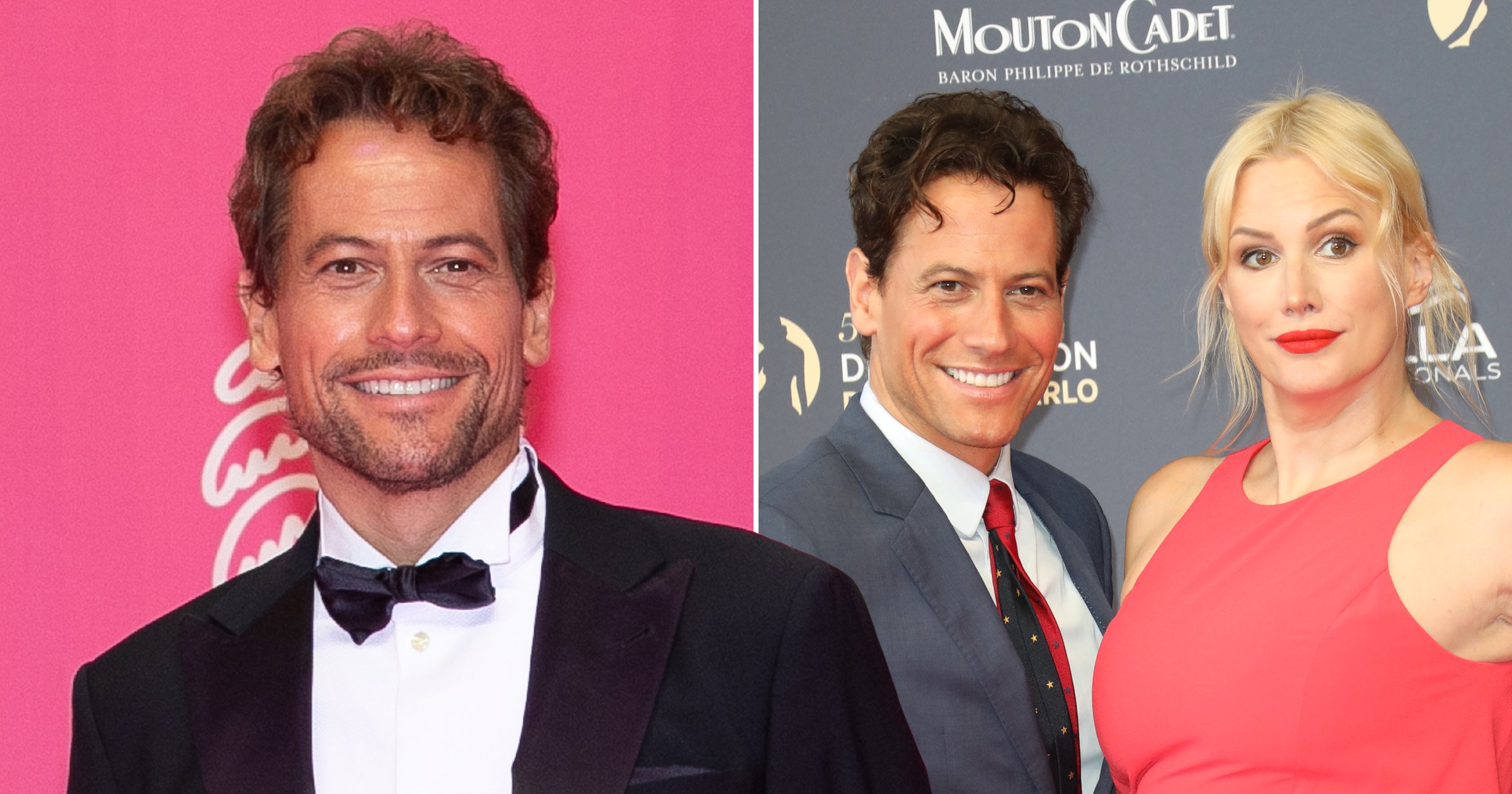 Ioan Gruffudd has touched upon his bitter divorce from Alice Evans for the first time.

The actor, 49, and his ex-wife, 54, have been locked in a battle over the custody of their daughters Ella, 12, and Elsie, eight, since splitting in January 2021, and in August, Gruffudd was granted a three-year restraining order against Evans.

The Welsh star has now spoken about the scrutiny that befalls those living in the spotlight, confessing: ‘You can’t train for that.’

Speaking about how he navigates his off-screen life, Gruffudd said: ‘It’s experience of having lived in the public eye from an early age.

‘I was in the Welsh language soap opera Pobol y Cwm from the age of 11, so people knew who I was in that community.’

The dad-of-two, who grew up in Aberdare and Cardiff, added to Radio Times: ‘You can’t train for that scrutiny as an actor, but it’s been part and parcel of what it is to be an actor. It’s a contract.’

In September, it was reported that Gruffudd and Evans had failed to reach an agreement in their ongoing custody battle.

Gruffudd filed in July for joint custody of their two children and asked for visitation rights to see them.

However, in papers seen by MailOnline towards the end of 2022, it was claimed the exes set a meeting for August 31 and attempted to hash out an agreement with the help of a mediator, but ‘no agreement’ was reached.

Gruffudd previously claimed that Evans had been purposefully trying to cut contact between him and their children and had petitioned for their daughters to attend ‘reunification therapy’ Zoom sessions as well as in-person therapy.

The actor was granted a restraining order against Evans in the wake of her online attacks against him and his girlfriend Bianca Wallace, 29.

Gruffudd had claimed Evans verbally abused him during their 14-year marriage, alleging: ‘Alice made fun of my appearance often, making hair-loss comments and telling me I had “saggy-vagina eyes.”’

A source said: ‘Ioan had no choice but to up his legal fight over Alice. She had become increasingly volatile and seemingly intent on destroying his career with her character assassination. He hopes this will put an end to it.’

Gruffudd can next be seen in ITVX’s The Reunion, the synopsis for which reads: ‘The Reunion tells the story of Vinca Rockwell who went missing one freezing night as her campus was paralyzed by a snowstorm.

‘Several years later, three former friends bound by a tragic secret and the disappearance of their friend reconnect and try to find the truth about what happened the night Vinca went missing.’

Speaking about the project in his latest interview, Gruffudd said: ‘It’s a story about the things we loved and lost in the past and the chain reaction of those things impacting our present live.’