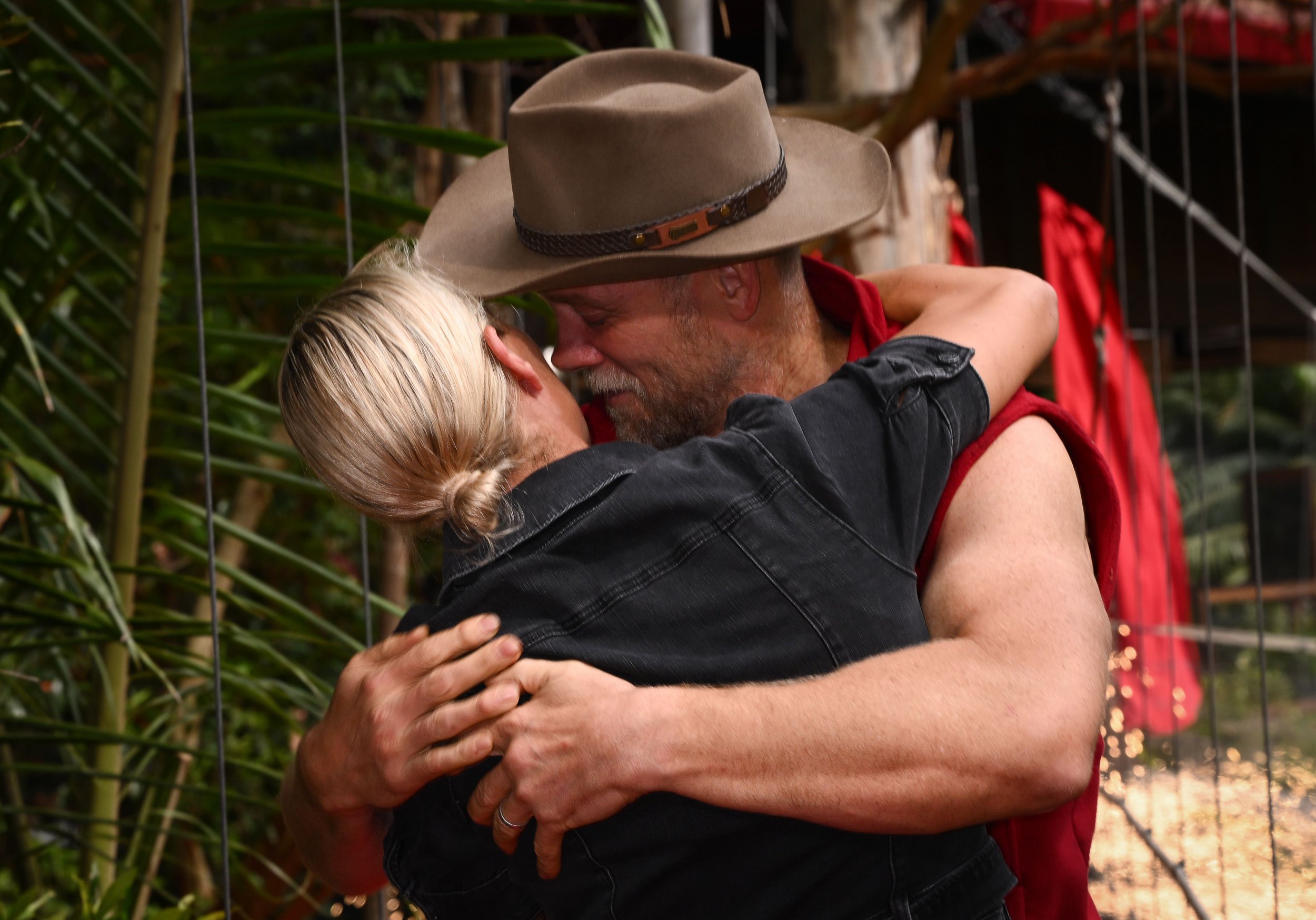 The I’m A Celebrity… Get Me Out Of Here! 2022 final is one sleep away but, alas, Mike Tindall has fallen at the final hurdle.

Mike became the eighth star to be eliminated from this series, leaving Matt Hancock, Owen Warner, and Jill Scott in the running for the jungle crown.

Ant and Dec headed into camp to announce the news, teasing the celebs that it could be either of the four.

But, it was Mike who picked up his rucksack and headed across the famous bridge, with nothing but happy memories of his time Down Under.

Chatting to the presenters in his exit interview, Mike admitted he was ‘happy to go’ but he had a ‘lot of fun’ on his ‘amazing journey.’

‘I’ve been very lucky with everyone that’s been in there and how camp’s worked together. Being in a team for a long period of my life, I didn’t expect it to work as well as it did,’ he said.

He added that it was ‘really hard’ to pick out any specific highlights after having ‘a lot of laughs’ with his fellow campmates.

‘That’s the best thing, you can get through anything when the humour’s good,’ he said. ‘And in all fairness to everyone, everyone had distinct humour.’

Dec noted that many campmates ‘relied’ on Mike to get them through, joking: ‘Camp might have fallen apart without Magic Mike in there.’

The former rugby star said that’s just the kind of person he is, and he likes to be there for people.

‘I’m sort of that type of person who wants to be there and help people, and coming in I wasn’t worried about the stay or the food, I got myself into that place, my experience was gonna be what happened in camp and the trials, because I knew Mia (his daughter) would want me to do trials with creepy crawlies. So, I always thought that would be my role.

‘But, you also feed off others, I remember when Baba came back from his trial and just the shift in his mentality… those are the kicks you get.’

Mike went on to discuss being elected as camp leader, with Ant joking that he hadn’t had an ‘uncomfortable sleep’ due to sleeping in the RV for one week straight.

But, after his stint as leader ended, he headed back to his bed.

‘I thought it was important that everyone was in the camp and around the campfire at all times,’ he said.

Proving himself to be absolutely hard as nails, Mike answered with a firm ‘no’ when asked if he was ‘bothered by anything’ when taking on the trials.

‘It’s a weird thing, before I went in, I imagined the worst case scenario, and my worst is normally pretty bad so I could deal with anything that was coming. I knew we were gonna be pretty hungry so you’ve just got yourself ready.

‘You know that’s gonna happen so let’s not let it affect you, just get on with it.’

On how he dealt with the lack of food, Mike admitted it was initially his main concern, but it was helped by how camp ‘won a lot of stars’.

‘As camps go, we were successful!’

Of course, Ant and Dec had to ask about his tiny swimwear, as viewers were often treated to shots of Mike entering the pool in his ‘budge smugglers’.

Zara ran towards her husband – whom she married in 2011 – and they shared a long-lasting tight hug.

The final of I’m A Celebrity… Get Me Out Of Here! airs tomorrow on ITV.