This weekend our TV critic recommends an informative cooking show, an acclaimed limited series and a bittersweet drama.

This weekend I have … a half-hour, and I crave guidance. 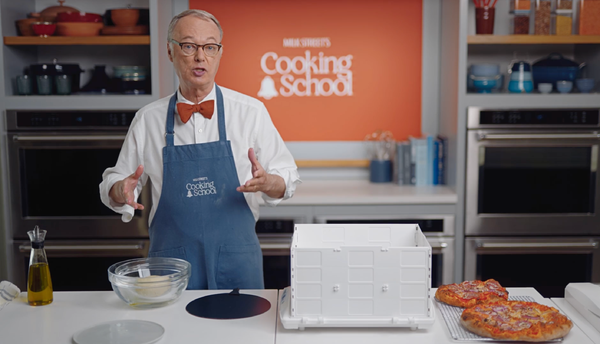 When to watch: Begins Friday, on the Roku Channel.

We cannot live on “Chopped”s and voyages through Flavortowns alone, nor gimmicky TikTok dishes, nor fawning biographies of chefs; sometimes one needs a cooking show about techniques and instruction. “Milk Street’s Cooking School” feels poised and restrained compared to most other food shows, less frenzied. People for whom “letting loose” is not a treat deserve lifestyle shows, too!

Christopher Kimball et al. walk viewers through recipes and techniques with a sense of well-pressed assurance, so even if you are unlikely to use store-bought pizza dough to make bagels in a steam oven, portrayals of expertise are their own kind of reward.

… an hour, and I want something beautiful.

Mike White’s Emmy darling about the guests and staff at a fancy resort moves from Hawaii to Sicily for its lush, captivating second season. “Lotus” is both visually gorgeous and emotionally rich, with one of TV’s best original scores and perhaps our most vibrant display of the various kinds of fake smiles that exist. Even if you missed the boat on Season 1, you can and should get on board now — this season centers on new story lines and characters, except for Jennifer Coolidge and Jon Gries, who reprise their roles. If the idea of “wherever you go, there you are” is a carbon deposit, this show is the diamond it forms.

… several hours, and I want something bittersweet.

‘When You Least Expect It’
When to watch: Now, on Paramount+.

This Spanish series (in Spanish, with subtitles, or dubbed) follows the members of a grief support group for parents who have lost their spouses, and thus is it is often sad and wistful. But this is less a brutalizing weepfest than a gentle, surprisingly airy drama — like a high-end beach read, not something that might make you Google, say, “crying too much unsafe dangerous.” It deals frankly with loss and denial and confusion, but it does so with tenderness, not sadism; the show’s original title is “Días Mejores,” which means “better days,” and that seems more apt. If you want something stylish and lovely, watch this.