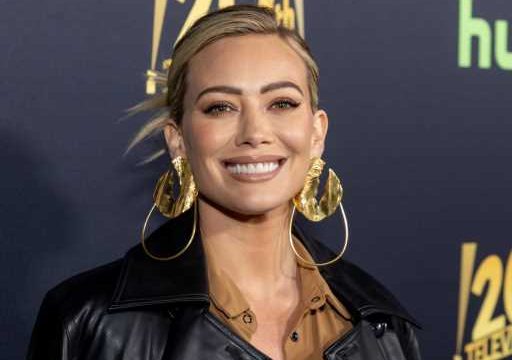 Hilary Duff is an icon, a legend, a moment, and an LGBTQ+ ally, and she isn’t letting us forget it. The Disney alum recreated her viral 2008 anti-gay bullying PSA on TikTok, and the message still holds up nearly 15 years later.

In the video, Duff is seen alongside Pentatonix singer Scott Hoying and his fiance, Mark Manio. Following the original campaign’s sound-byte, the two men play the roles of the teen girls trying on clothing, and Duff plays her fabulous gay ally self.

While fiddling with a top tied around his torso, Hoying asks, “Do you like this top?” Manio responds in distaste, scoffing, “It’s so gay.” Hoying says, “Really?,” and Manio responds, “Yeah, it’s totally gay” while Duff looks totally flabbergasted with her jaw dropped and eyebrows raised.

Then, lip-synching her original lines in iconic fashion, Duff says, “You know, you really shouldn’t say that.” Hoying gives her the side eye and asks, “Say what?”

“Well, say that something’s gay when you mean it’s bad,” Duff explains. “It’s insulting. What if every time something was bad, everybody said, ‘That’s so girl wearing a skirt as a top.’” Sick burn, Hil.

“Those are cute jeans though,’” Duff adds before walking off camera while Hoying and Manio break character, laughing. The original PSA sound-byte continues with Duff saying, “When you say ‘That’s so gay,’ do you realize what you say? Knock it off.’” 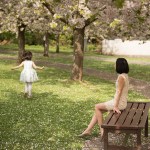 'Sittervising' is a Viral TikTok Parenting Trend — But What Is It?

The original PSA was filmed in 2008 for the Gay, Lesbian, and Straight Education Network’s (GLSEN) campaign to eliminate “that’s so gay” from casual conversation and teach the public how the phrase is offensive, hurtful, and insensitive to the LGBTQ+ community.

Next time you feel like something’s lame, channel Duff’s savagery and hit it with a “That’s so girl wearing a skirt as a top.” Mic. Drop.

Before you go, click here to see all the celebrities who have talked about being bisexual, sexually fluid, pansexual, or queer.