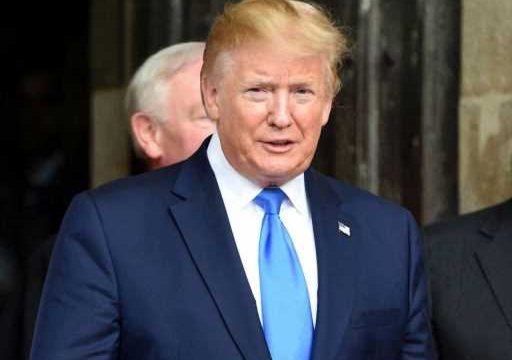 Donald Trump has been talking about election fraud ever since the 2020 presidential election yielded results that didn’t work out in his favor. Now, he’s offering advice to his voter base that could have a huge impact on the next two major national elections.

In a statement on Wednesday, per MSNBC’s Sam Stein, the former president is basically telling his followers to stay home and not vote. “If we don’t solve the Presidential Election Fraud of 2020 (which we have thoroughly and conclusively documented), Republicans will not be voting in ‘22 or ‘24,” the statement reads. There have been plenty of conspiracy theories about the election, but they have all been proven false by fact-checkers, through audits and the courts. If Republicans don’t like the outcome of 2020, then wouldn’t refusing to vote be the worst thing to do? According to Trump, not voting, if the alleged fraud isn’t stopped, “is the single most important thing for Republicans to do.”

While the former president’s statements are likely to fracture certain sectors of the GOP, he still has support from some members of Congress, who would support him in a 2024 presidential run. “We got to win the midterm elections in 2022, but to see where our country is right now, I miss him,” said Missouri Republican Rep. Jason Smith to CNN. “Absolutely miss him and I would support him.” But what makes the entire situation confusing is that Trump might run for president again, but he’s telling people to stay home — that’s quite the mixed message for voters.

While the next presidential election isn’t until 2024, it’s just around the corner in political years — and those 2022 midterm elections will give both the Democrats and Republicans a feel for voters’ opinions on Joe Biden’s administration so far. And if Trump’s voter base stays home next year and doesn’t vote, what does that mean for the Republican Party moving forward? It remains to be seen whether this Trump strategy is just a sound bite or an actual threat to the polls.

Before you go, click here to see the biggest presidential scandals in US History.