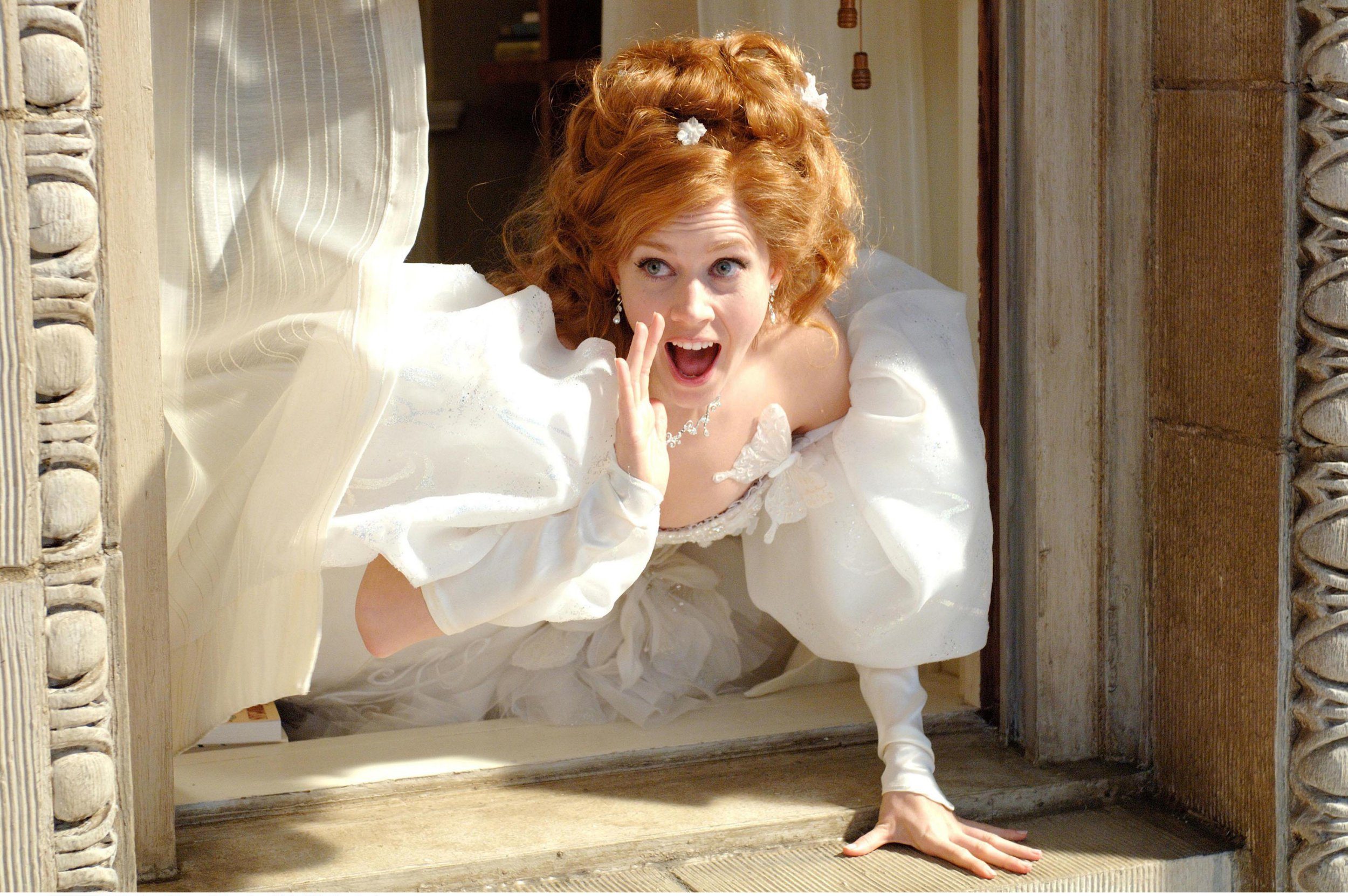 There’s a lot going down in the world of Disney princesses right now, I’ll have you know.

The sheer excitement over it all makes it clear we’re no longer entertaining that simpering, old-fashioned stereotype anymore: The one that says Disney princesses are just for kids.

From Amy Adams’ delightful return as Giselle in Disenchanted to Anne Hathaway’s potential third outing as Mia Thermopolis, aka Princess of Genovia, in a now-confirmed Princess Diaries 3, fans have been aquiver over the developments in recent days.

This supports the argument that dismissing these characters as ‘only for little girls’ is something that needs to be firmly left in the rear-view mirror.

When the first Disney princess came along in 1937, a massive 85 years ago, yes, Snow White did sing/wish/wait for her prince, while making it a point of pride to cook and clean the house for the seven bachelors’ whose pad she had just crashed.

The world-leading animation studio then leant heavily into princesses more in the intervening years, offering Cinderella and Aurora from Sleeping Beauty in the 1950s, before delivering a whole new glut of leading ladies from 1989 at the beginning of the so-called Disney Renaissance, when they produced a big string of hits.

These movies brought us Ariel in The Little Mermaid, Belle in Beauty and the Beast and Jasmine in Aladdin, who were then hastily added to make the original Disney princess line-up of six. Their profiles subsequently went stratospheric thanks to the magic of the mouse’s merchandising machine. Dolls, dresses, pencil cases, backpacks, stickers, lunchboxes – you name it, they were on it.

An entire generation of people were raised on this stuff (hi), and over time, many aged out of it and moved on. It’s always been easy to dismiss Disney princesses as reductive, especially when Disney themselves went so hard-core on the accompanying pink and sparkles; it was Disney themselves that ruthlessly zeroed in on young girls in particular with their marketing.

However, now we live in a society less constricted by rigid gender rules and far more supportive of independence, representation and leadership as ideals, the Disney princess has slowly been evolving to keep up with the times via Disney’s first Black princess Tiana, as well as Pocahontas, Mulan, Rapunzel, Merida and Moana all being added to the ‘official’ princess line-up.

This leads us to Adams and Hathaway’s involvement in the latest excitement around Disney princesses, encouraging a celebration of their past work.

When Adams debuted as Giselle in Enchanted back in 2007, her pitch-perfect performance as a glorious pastiche of a Disney princess was met with rave reviews and Oscars-buzz (that sadly failed to materialise). It was the first time Disney had knowingly acknowledged the more ridiculous aspects of the princess trope they had created – likely helped along by Princess Fiona turning the whole thing on its head first in Shrek, back in 2001. They then subsequently began to freshen things up.

Now Adams is back in Disenchanted, 15 years later, and has lost none of her magic in the meantime. What has happened in the interim though is the 48-year-old is now a six-time Academy Award nominee. Only one of those nominations had been bestowed prior to Enchanted’s release, but today she’s one of Hollywood’s most celebrated and admired stars.

Enchanted is accepted as quality filmmaking by everyone who has bothered to see it – why else would the long-gestating sequel finally see its release now, and with the full roster of its original stars – and, despite mixed reviews for Disenchanted, I don’t see why we can’t pick up that Academy Awards conversation again we were having back then for Adams. How poetic if she finally picked up that iconic statuette for playing a Disney princess?

Hathaway must also be brought in here. Although she is not yet confirmed for a return as Mia, Disney has finally confirmed they have a threequel to The Princess Diaries in the works, which is reported to be a continuation of the story they covered in the first two films rather than any kind of reboot. Also – most promisingly for the fans – the actress has on multiple occasions over the years signalled her desire to return to the role.

She may now be an Academy Award-winner herself after Les Misérables, but to a whole subsection of her fans (and probably the largest) she will always be known as gawky American high-schooler-turned-princess Mia Thermopolis, an extremely relatable character to the film’s tween and teenage audience compared to the old-school Disney princess type – and Hathaway is just fine with that.

With these powerhouse actresses back in the Disney princess conversation, let’s step away from the cliched dismissal of them as only for kids and out of touch with the times. As Disney knows all too well, there will be a generation of fully-grown adults delighted for these films (hi again).

On that note, we’ve also got the reinvention of two of the company’s original six princesses coming up (the last two remaining) with The Little Mermaid and Snow White. Disney did some gently increasing refreshing in recent years with Cinderella, Aurora (although really it was more about Maleficent), Belle and Jasmine in their live-action remakes, but there’s a lot more to be said about these two forthcoming titles.

The casting of Black singer and actress Halle Bailey and Latinx West Side Story star Rachel Zegler speaks volumes over what the studio has planned for the new takes on these classic princesses, with representation front and centre, as well as reports of updates to storylines to keep in step with modern times.

It’s no longer all about the pink and sparkly cookie-cutter princess – Disney doesn’t make them like it did decades years ago. As the company moves with the times, so should we, and re-embrace the Disney princess for everything they are today.