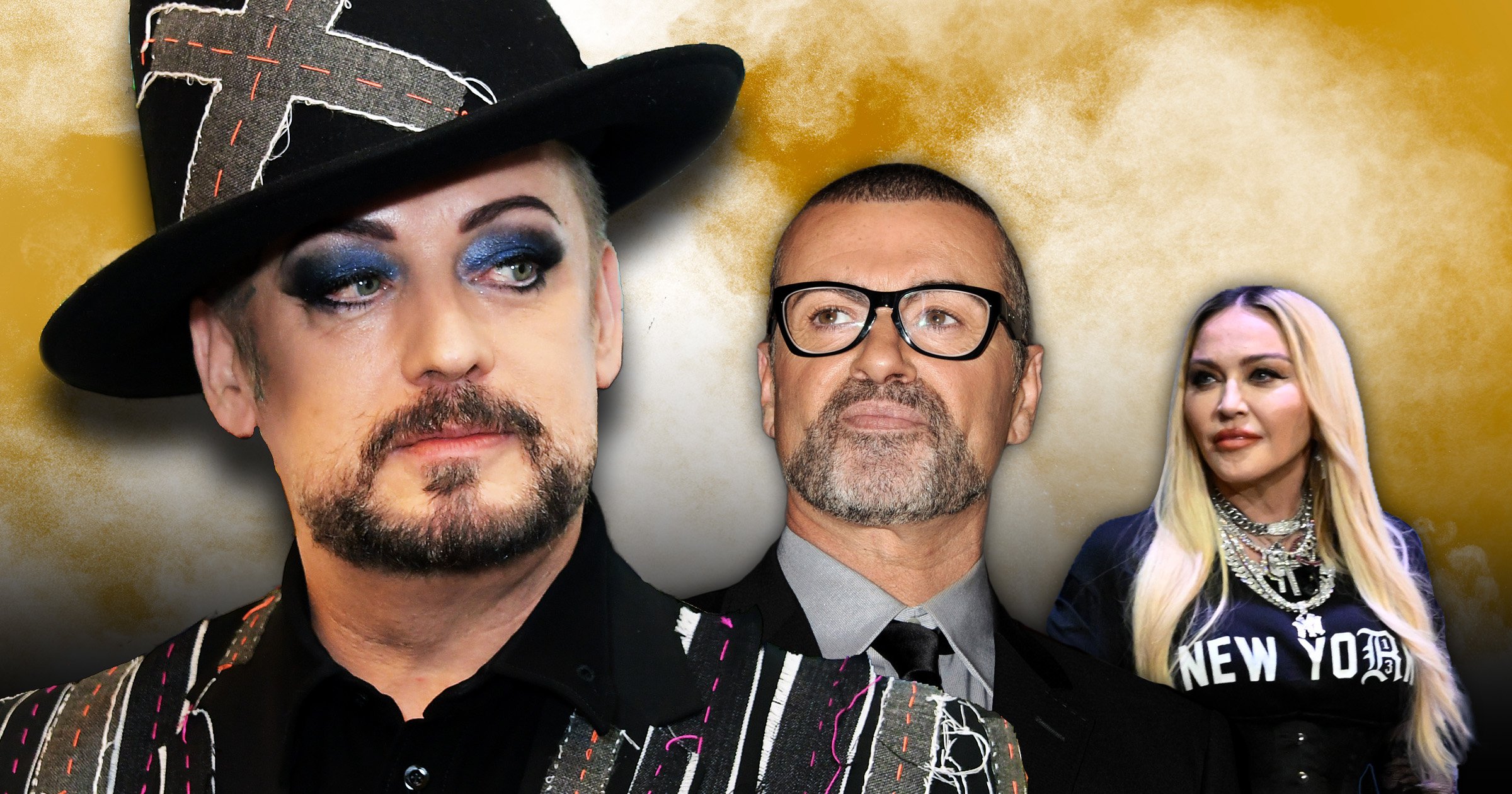 Pop icon Boy George is set to make waves in the jungle on this year’s I’m A Celebrity…Get Me Out of Here!.

In a matter of days, the Karma Chameleon hitmaker will be facing a whole new set of challenges when he enters the camp alongside other celebrities like Mike Tindall, Owen Warner, Olivia Attwood and Charlene White, where they’ll also be set to squirm as they not only live amongst many creepy crawlies.

Fans already know the 80s legend – real name George Alan O’Dowd – for his witty remarks and outspoken nature, and they can’t wait to see how he’ll get on with the likes of former health secretary Matt Hancock.

As former BBC Radio 1 DJ, Nick Grimshaw recently pointed out Boy George is ‘really good at a row’ and over the years he’s found himself involved in a few public spats.

So we’ve compiled a refresher on the moments Boy George has butted heads with fellow A-listers as he prepares to spice up the jungle.

Despite always being a secret fan of the Material Girl icon, it was reported that Boy George called her a ‘hideous, horrible human being with no redeeming qualities’ in his 2006 documentary.

It was also claimed that he said ‘comparing Madonna with Marilyn Monroe’ was the same as ‘comparing Raquel Welch with the back of a bus.’

During his interview on Andy Cohen’s Watch What Happens Live last year, he explained that he ‘never really fell out’ with the Vogue mega star.

‘It was like a series of incidents where we kind of just never managed to get close,’ he said.

‘We had an unconscious uncoupling without any decision from either of us but I’ve always been a massive fan.’

We hope all that tension is a thing of the past now!

Boy George previously revealed there was a clash of egos between him and the late George Michael.

Speaking to Piers Morgan on his show Life Stories, he said: ‘We had our squabbles, he was my rival, he was called George, he made soul music so everything he did it was like we were kind of battling all the time.’

In 2017, talk show host Andy quizzed Boy George over his alleged feud with the Faith hitmaker – who died on Christmas Day in 2016.

‘I think in the early days we were competition to each other,’ he said.

‘We’re both called George. We both made soul music, so in the early days we were really in competition.’

Speaking about whether they stayed in touch, he added: ‘I read stuff in the papers, obviously.

‘He kind of kept people out. He was quite private, so I didn’t really know much about what was going on.’

The It’s a Miracle star also confirmed that George’s decision to keep his sexuality hidden led to tension between the pair.

He said: ‘It’s like the thing you did in the ‘80s with those pop magazines. Now it’s the (Real) Housewives who do it. But in the ‘80s, you just said vile things about everyone.’

Boy George and former One Direction star Liam Payne engaged in a war of words on Twitter, after the Strip That Down hitmaker allegedly declined a photo with his niece at the Brit Awards 2013.

At the time Boy George seethed: ‘Top marks to Harry Styles for stopping for a picture with my niece and Bo**ox’s to Liam and the disrespectful w**ker of a minder!’

However, Liam fired back: ‘@BoyGeorge now now boy lets not tell porkies. Firstly thanks for getting my name wrong three times, then asking me where is liam?…awkward. Then when you finally got it right saying you wanted Niall instead.

‘If you would have asked me for a picture i would have stopped bro I just did what you said and pointed Niall out for you so u just keep wearing ur strange hats and enjoy yourself my little Georgie pie… It’s still not cool you just look weird.’

We wonder if the pair have kissed and made up after nearly a decade?

I’m A Celebrity…Get Me Out of Here! returns on Sunday at 9pm on ITV.