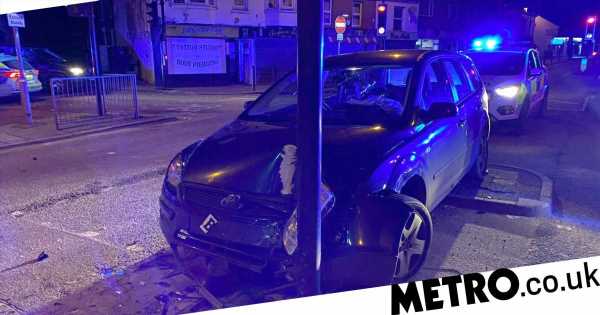 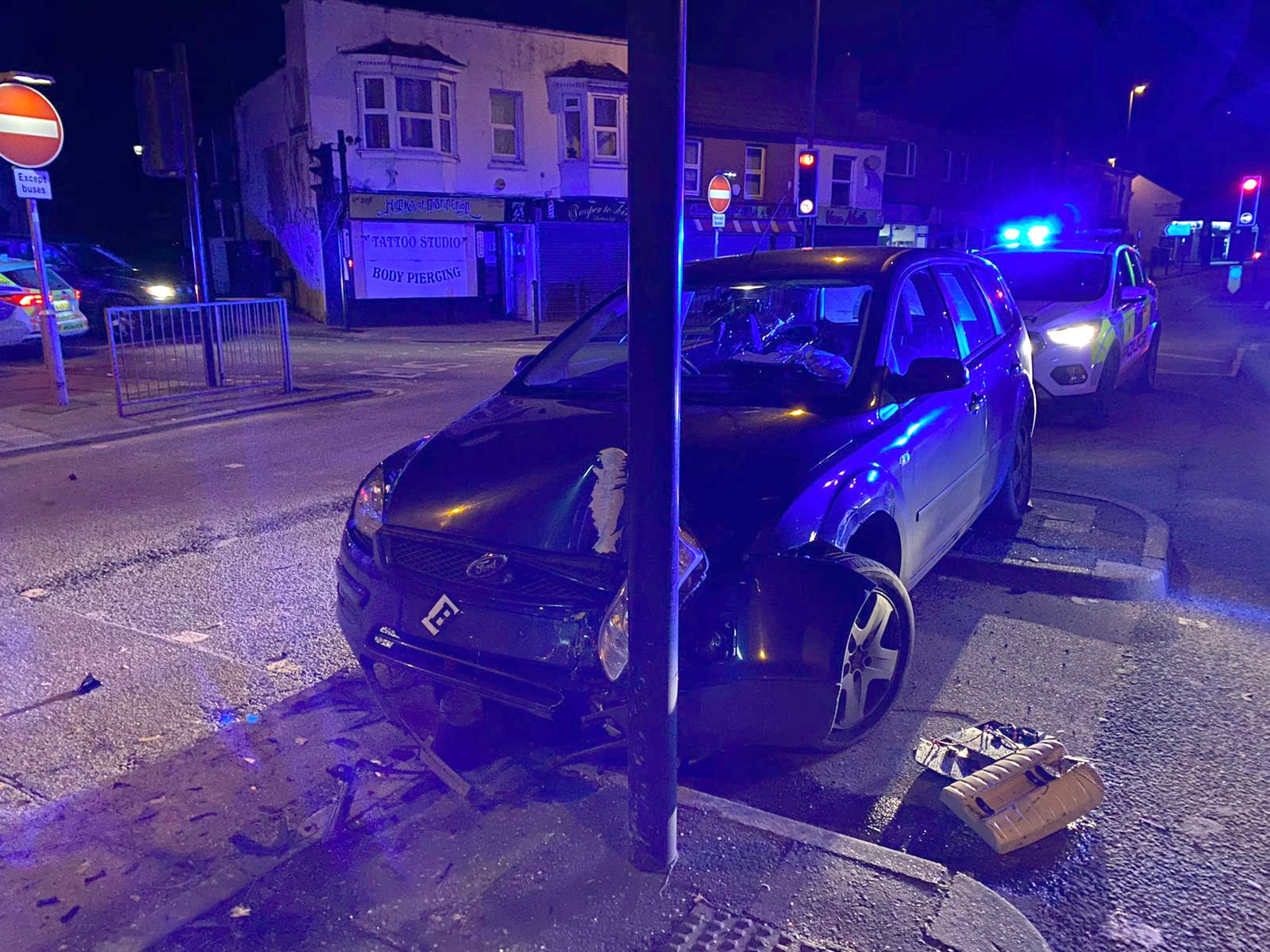 A teenager is facing a driving ban before he can even get a provisional license after he allegedly took his dad’s car on a joyride while drunk.

The 13-year-old crashed his father’s Ford Escort into a lamppost in Gosport, Hampshire, in the early hours of this morning.

When he failed a brethalyser test at the scene, he became angry and spat at police as they arrested him.

‘Driver of the pictured vehicle gave a positive [roadside breath test] in #gosport and when arrested decided to spit on the officer! 1 in the bins!’

If convicted he could be the youngest drink-driver in Britain.

In 2006, another 13-year-old was found to be one and a half times over the limit in a Ford Mondeo in Salfard, Greater Manchester.

That youth was given a four-month sentence at a detention centre after admitting driving with no lights on, on the wrong side of the road, at speeds of up to 70mph through the city’s streets, and barely able to see over the steering wheel.