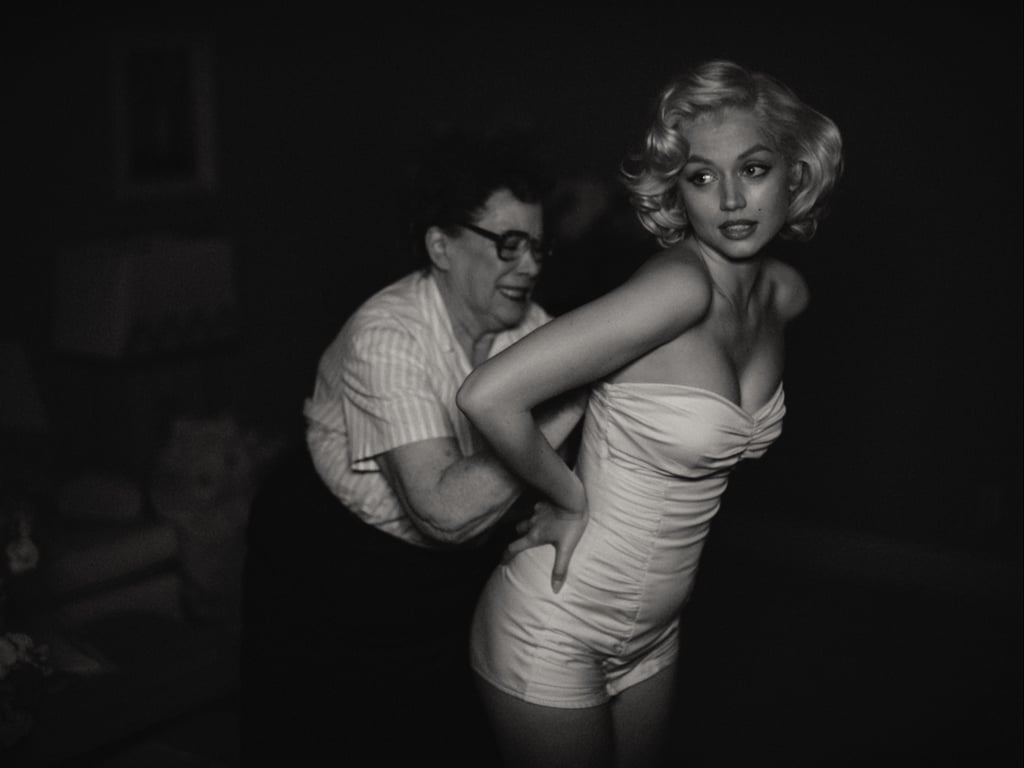 Ana de Armas is starring as Marilyn Monroe in “Blonde,” an upcoming Netflix film from director Andrew Dominik, and the movie is already making headlines. The new biopic, based on Joyce Carol Oates’s 2000 novel of the same name, is set to hit Netflix in 2022. The movie has been hit with an NC-17 rating — it’s the first film from the streamer to receive that designation. On June 16, Netflix released the trailer for the movie, showcasing de Armas in character as Marilyn for the first time. The teaser also features a haunting rendition of “Diamonds Are a Girl’s Best Friend.”

The director told Screen Daily about the movie’s rating in February, “It’s a demanding movie. If the audience doesn’t like it, that’s the f*cking audience’s problem. It’s not running for public office.” He added, “It’s an NC-17 movie about Marilyn Monroe, it’s kind of what you want, right? I want to go and see the NC-17 version of the Marilyn Monroe story.”

Getting an NC-17 rating is usually the kiss of death, since it limits ticket sales. But since Netflix doesn’t prioritize theatrical release the way traditional studios do, it’s unclear how much the rating will affect their plans.

Read on for everything we know about the movie, including the cast, release date, and trailer.