Tomorrow is National Brownie Day and some people will be celebrating by taking a bite out of the world’s largest cannabis edible!!!

The baked treat — sure to get ya super baked — was made last week by a team of 5 people and took a full day to complete. The brownie tips the scales at a whopping 850 pounds and contains 20,000 mg of THC. For those who don’t partake, 10 mg of marijuana is enough to get ya pretty high … so a nibble of this thing will be plenty.

As for the more boring ingredients — 1,344 eggs, 81 pounds of flour, lots and lots of sugar and blah blah blah … you’re gonna be on cloud nine. 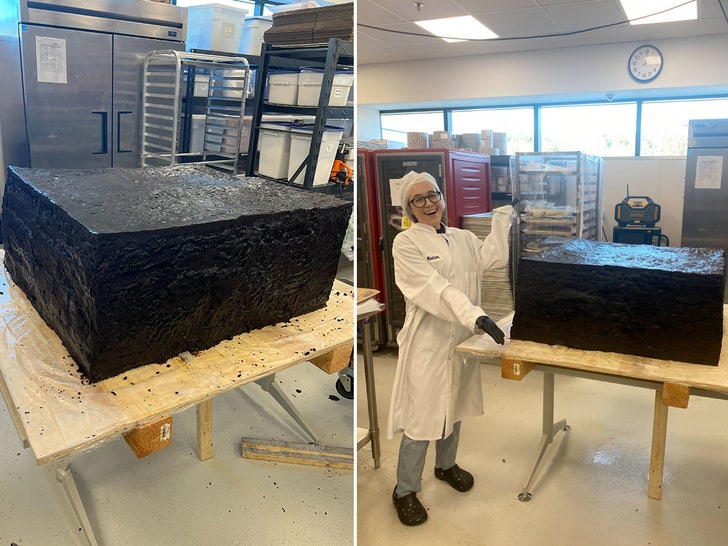 Ryan Crandall, Chief Product Officer at MariMed, tells TMZ… “We wanted to do something big to celebrate the launch of our Bubby’s Baked infused baked goods line, and what could be bigger than the World’s Largest Cannabis Brownie.”

He wasn’t exaggerating… it’s so big, the brownie will be sold and distributed in pieces to medical patients in Massachusetts.