When it comes to Jennifer Aniston, her fans always want to know who she’s dating and all of the details surrounding the romance. All it takes is for a photo with an ex or a quick peck on the cheek with a Hollywood heartthrob for the media to begin speculating about Aniston’s love life. But unlike other celebrities in the entertainment world, the “Friends” alum seemingly isn’t the kind of person to kiss and tell.

Speaking of speculation, there were reports in mid-August suggesting Aniston is spending a lot of time with her former co-star David Schwimmer, sending the internet into a frenzy. But Schwimmer’s rep denied the claims to The Independent on Aug. 11. Oh well! And as of this writing, Aniston hasn’t addressed the rumors.

Although Aniston is the kind of person who prefers to keep her love life off the radar, she did recently open up about what she’s looking for in a man now that she’s dating again. So, could this be the year that Aniston finds the love that she has been looking for, or perhaps realize that the chemistry with an ex is still there? Here’s what you need to know. 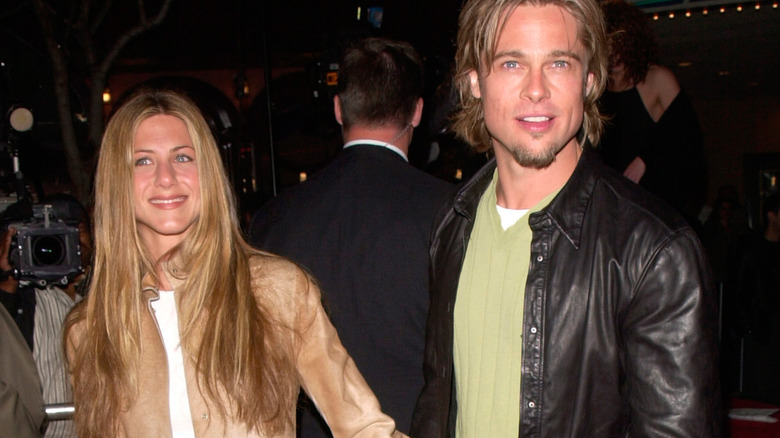 Jennifer Aniston had two very high-profile marriages that both ended not long after they began. Her first marriage was to Brad Pitt in 2000, with the two parting ways in 2005. That was the same year Pitt went public with his future second wife, Angelina Jolie, according to Vanity Fair. Aniston decided to give love a second shot when she married Justin Theroux in August 2015, but unfortunately for the couple, they called it quits two years later. Theroux told Esquire in 2018 that there were no broken plates left on the floor after their split. “Like it or not, we didn’t have that dramatic split, and we love each other,” he said, adding, “I’m sincere when I say that I cherish our friendship.”

However, that love wasn’t enough to keep the flame from burning out in their marriage. After spending the last few years reflecting on her own life and having a run-in with Pitt at the 2020 Golden Globes that almost broke the internet, Aniston is reportedly ready to date again.

Curious to know what exactly she is looking for in a man? The answer below might surprise you. 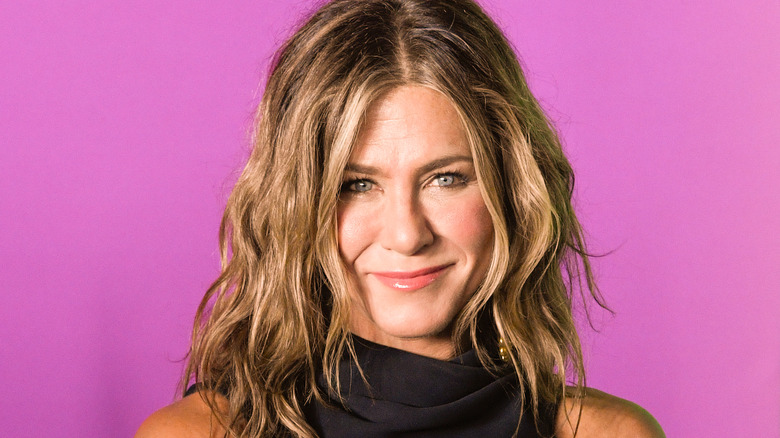 For someone who is used to posing on the red carpet and attending several Hollywood events per year, it sounds as though Jennifer Aniston wants to spend time with someone who just wants to hang out on the couch and eat a tub of ice cream. According to Us Weekly, “The Morning Show” star is supposedly looking for someone who is as low-maintenance as it can get.

One insider told the publication, “Jen is way more impressed by guys who are unaffected and have their heads screwed on straight than the flashy, braggy types who are all over Hollywood.” They added, “What she looks for above everything these days is kindness, humor and good looks, of course, but more than anything, she’s after chemistry.”

Considering Aniston has more than enough to offer in a relationship, we don’t think she’ll have too much trouble finding that special someone.