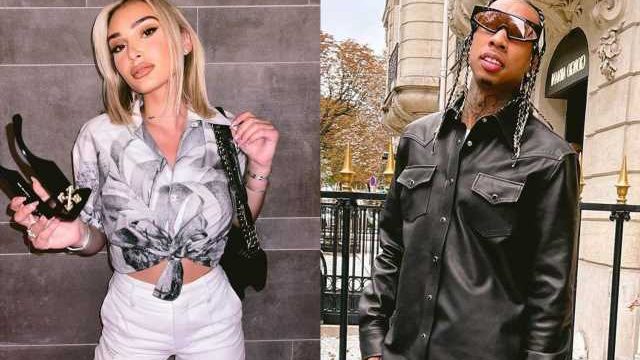 The ‘Ayy Macarena’ hitmaker previously turned himself in to the Los Angeles Police Department one day after having an altercation with his then-girlfriend, Camaryn Swanson.

AceShowbiz –Tyga could breathe a little easier now. The “Ayy Macarena” hitmaker, who turned himself in more than a month prior for alleged domestic violence involving his ex-girlfriend Camaryn Swanson, reportedly will not face felony charges over the case.

Though so, Tyga is still far from being clear. The hip-hop star, born Micheal Ray Nguyen-Stevenson, could still be charged with a misdemeanor in the case.

Tyga and Camaryn had an altercation on October 11. TMZ reported that she showed up at the rapper’s home in California “screaming in the middle of the night” before things turned physical. On the next day, Tyga voluntarily turned himself in to the Los Angeles Police Department.

The former boyfriend of Kylie Jenner was released from jail just hours later on a $50,000 bond. Days later, he took to his social media account to shut down the allegations against him.

“I want everyone to know that the allegations against me are false,” the 32-year-old Compton native declared on Instagram Story. “I was not arrested. I took myself into the police station and cooperated. I have not been charged with any crime.”

Meanwhile, Camaryn herself has previously set the record straight about the incident. “My intentions were never to go public with this,” she penned on Instagram Story on October 13. “Unfortunately ‘someone’ released a false narrative to TMZ painting me out to be somebody that I am not, accusing me of things that did not happen and that I did not do.”

“With that being said I took matters into my own hands and posted the TRUTH with proof tagging tmz AFTER they released the fake news,” she continued. “Looking back now, I’m proud of myself for making a statement and standing up for myself. I’m glad to raise awareness to women who may be going through this and hopefully motivate others to stand up for themselves.”