Our favorite feathery duo is back! Season 2 of the animated series, Tuca & Bertie, debuts this Sunday, and the voices behind the series are more than ready for fans to sink their teeth into a new installment.

Tiffany Haddish and Ali Wong sat down with ET to talk about the all-new season of the Adult Swim series, which follows two 30-year-old bird-women who live in the same apartment building. Haddish voices Tuca, a cocky, care-free toucan and Wong voices her best friend Bertie, an anxious, daydreaming songbird. The comedians, who have known one another for several years, revealed that they’ve wanted to work together for a long time before Tuca & Bertie came along.

“I mean… we met each other really long ago and we were, as Tiffany says, garbage comedians back then,” Wong said.

“You can say it, we was at the bottom of the barrel,” Haddish agreed. “We didn’t wear no expensive clothes. She was on her grunge look thing, emo type thing. I was wearing my little, you know, hoe uniform I call it…trying to be sexy on budget. We weren’t the funniest at that time. We was learning, we were growing.”

While Wong agreed that they weren’t at their best back in the day, she declared that she knew Haddish “had it” and noted that “everyone in town” heard about it when Haddish aced her Saturday Night Live audition. “It’s just been so cool to see her just blow the eff up and still be the same person,” Wong said.

“You’re still the same too,” Haddish added. “Still sweet and kind and funny as hell. We always giggling about something.”

RELATED: The Best Movies and TV Shows to Stream

The duo’s friendship translates easily to their animated counterparts, even though they make sure to note that they aren’t like their characters at all. Wong explained that show creator Lisa Hanawalt reached out to Haddish for the role and the comedian was the one to mention the Always Be My Maybe star’s name.

“[Hanawalt] was like, ‘Who have you always wanted to work with?’ Ali’s name was the first out of my mouth because she is in the A’s in my phone,” Haddish shared.

“So they had me read for the role and they were very surprised because they were initially worried that I was too confident to play Bertie because Bertie suffers from a lot of anxiety. But they paired my voice with what they had recorded with Tiffany and they loved it,” Wong added. “Lisa has such great direction that it’s very easy to go from whatever character she wants us to go, to back to Bertie. She’s incredible. In addition to being a great illustrator, artist and writer.”

The show’s second season will pick up where the first left off, following Bertie at her office job as she juggles her baking hustle on the side, her relationship with the scene-stealing Speckle (Steven Yeun) and trying to find a therapist. By her side is the ever-colorful Tuca, who has her own set of issues she struggles with as she fulfills her duties as Bertie’s loyal confidante. The season sees her exploring her pansexuality as she searches for a romantic partner, tries to handle her family’s complex dynamics and attempts to find self-fulfillment. Wong and Haddish hinted that several new elements push the envelope, including the shifting dynamic between the best friends as the season progresses.

If anyone was under the misconception that the animated series was for children, Haddish made sure to issue a warning for parents to steer their children far away.

“There’s a few more episodes where we pushed the envelope, but this is a grown-up show,” the Kids Say the Darndest Things host said. “This show is for adults only, this is why it’s on Adult Swim. Now, if your kids happen to watch it that’s gonna be on you to have adult conversations. But if you wanna watch something with your kids then go watch Kids Say the Darndest Things, right? Then you can put them to bed, and you and your man or woman or friends can sit down and watch Tuca & Bertie… Do not watch with your children because you will be explaining a lot of things that you don’t wanna explain.”

Tiffany Haddish Tears Up Talking About Her 'Blessings' and Common

12 Latinx LGBTQ TV Characters Who Made Us Feel Seen

Which Shows Are Canceled or Renewed for 2021? See the List!

Pride: The 40 Best LGBTQ TV Shows You Can Stream Now 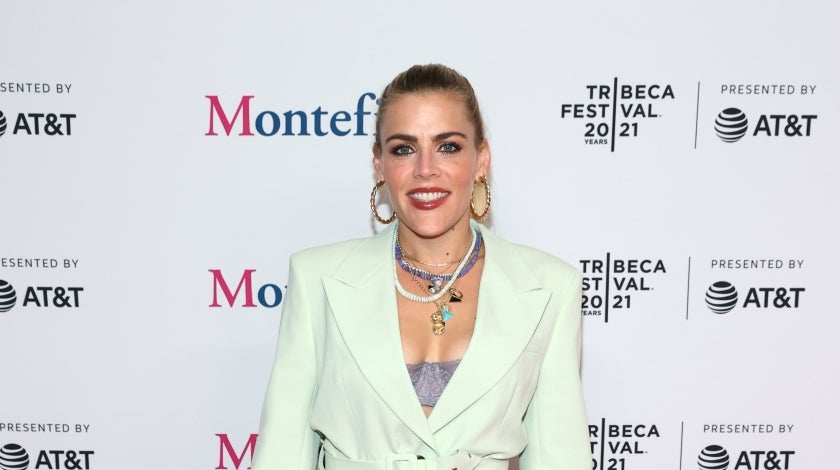