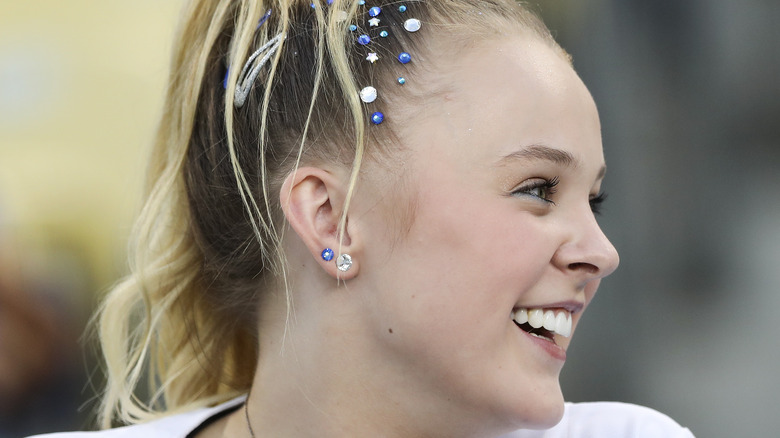 The world has watched JoJo Siwa grow from an insecure kid to a thriving pop star and household name. Joelle Joanie “JoJo” Siwa first entered the public eye at just 9 years old, when she competed on the “Dance Moms” spin-off “Abby’s Ultimate Dance Competition” (via Us Weekly). From there, Siwa, aided by her mother Jessalyn, joined the Abby Lee Dance Company on the fifth season of “Dance Moms” and started her YouTube channel, launching her from reality television to virtual super stardom, all the while armed with bright colors and big, sparkly bows.

The former “Dance Moms” star has never been afraid to be herself, from her loud style to her upbeat, dance style music, and that’s true in all aspects of her life. In January 2021, Siwa came out as part of the LGBTQIA+ community (via People). It all started with a photo that Siwa posted of herself wearing a tee shirt that read “Best. Gay. Cousin. Ever.” with the simple caption, “My cousin got me a new shirt.” The 18-year-old star spoke about the photo on her Instagram the next day, saying that she had “never, ever, ever been this happy before.” Keep reading to learn about the girl who captured Siwa’s heart.

JoJo Siwa and Kylie Prew had an 'instant' bond 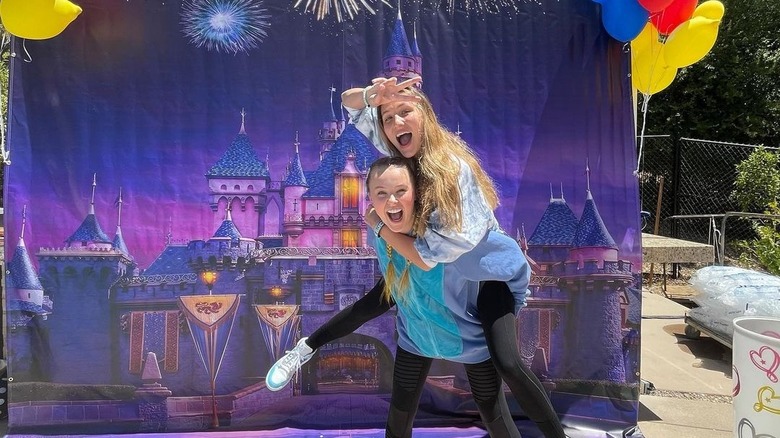 On August 21, 2021, JoJo Siwa and her girlfriend, Kylie Prew, sat down for an episode of “Success with Jess,” a podcast hosted by Siwa’s mom (via USA Today). The couple, who are coming up on eight months together as of publication, spoke openly about all the different aspects of their relationship. Siwa explained that the pair were “best friends” for over a year after meeting on a cruise before they realized they had feelings for each other. According to Siwa, Prew had a boyfriend when the two met, to which Siwa responded “dude, you’re gay.” Six months later, Prew told Siwa that she thought she was bisexual, and six months after that, the pair were dating.

Siwa and Prew are adorably in love, and among a myriad of praise, Siwa has called the 18-year-old Florida native “the most perfect girl in the world” (via Us Weekly). According to Siwa, even though she is based in California and Prew is in Florida, the two make their long distance relationship work over FaceTime calls.