The entertainment world mourned the loss this week of veteran actor Ed Asner, who became a household name when he joined the cast of The Mary Tyler Moore Show in the 1970s as the grumpy yet lovable television station manager Lou Grant.

Former Everybody Loves Raymond star Patricia Heaton took to social media to pay tribute to Asner, who at one time made an appearance on her other hit sitcom, The Middle. 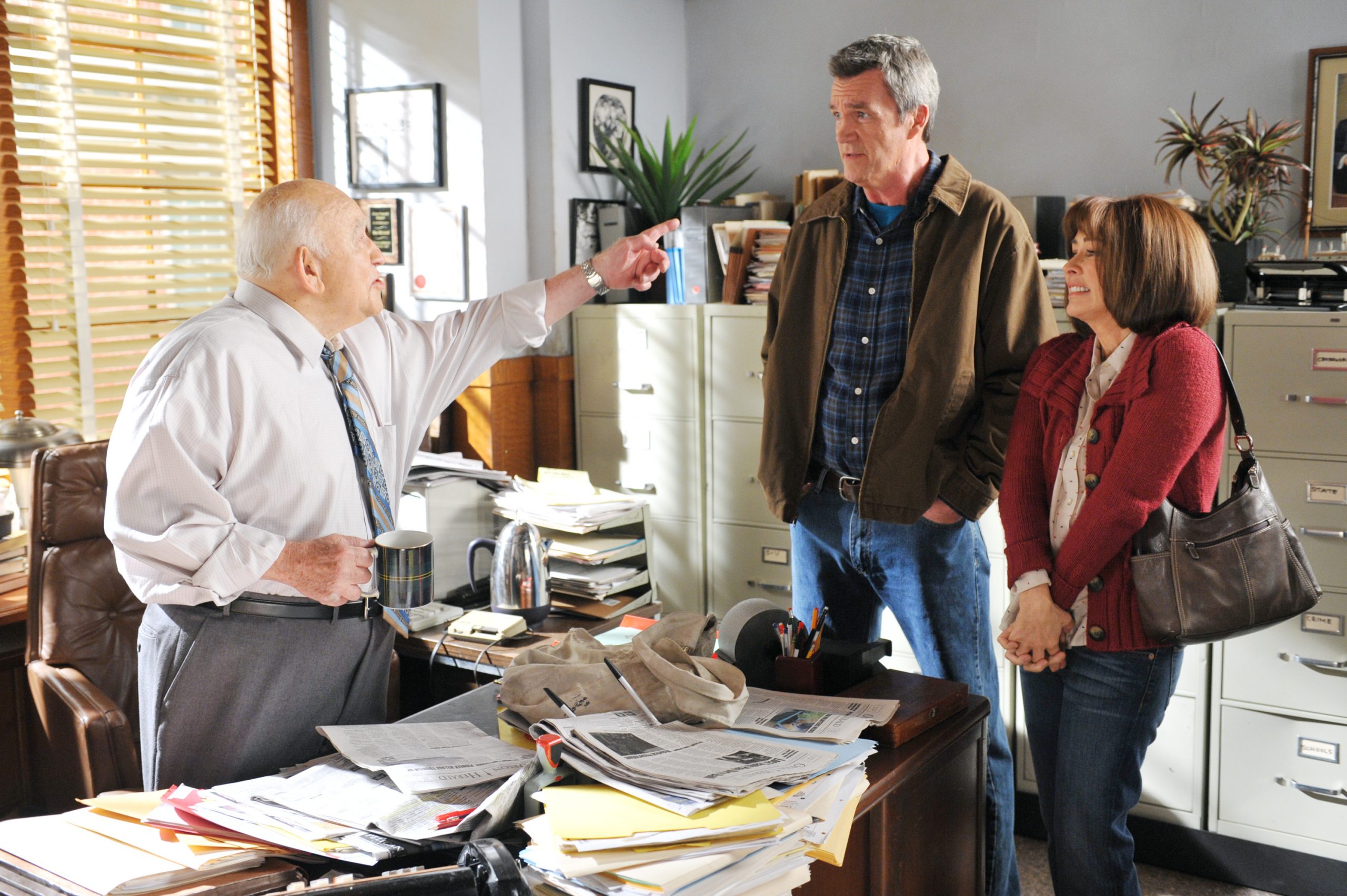 One of the last remaining cast members from The Mary Tyler Moore Show — Betty White and John Amos are the comedy’s current surviving actors — Asner, who also served as a two-term president of the Screen Actors Guild, died at age 91.

His family announced his death via his Twitter account saying, “We are sorry to say that our beloved patriarch passed away this morning peacefully. Words cannot express the sadness we feel. With a kiss on your head- Goodnight dad. We love you.”

Asner helped to establish The Ed Asner Family Center which, as its website states is, “a one-stop-shop for neurodivergent individuals and their families seeking wholeness in all attitudes of life.” The Center wrote on Facebook following Asner’s death, “Today we mourn the loss of a legend who had a heart of gold…Rest in peace knowing that through your talent, humor, strength, and commitment you made this world a better place for all of us. We will continue to honor your legacy every day.”

In a recent Instagram post, Heaton also warmly remembered the seven-time Emmy award winner, saying, “One of the joys of our business is to get to meet those you admire. I loved Ed on Mary Tyler Moore and much later had the privilege of spending time with him and supporting his work with #autism. #ripEdAsner.”

Asner appeared in “The Paper Route” episode of Heaton’s ABC sitcom The MIddle, in a role not too different from his Lou Grant days: he played a gruff, unsympathetic small-town newspaper editor. Heaton’s youngest son Brick (Atticus Shaffer) on the show decides that he really wants night-vision goggles. His parents Mike (Neil Flynn) and Frankie (Heaton) refuse to buy them and tell him to get a job. So he gets a paper route. Unfortunately, by just a few days into the new enterprise, Brick has lost interest and it’s his parents who end up delivering the paper — and seeing Brick’s boss (Asner) to let him know their son was quitting.

Asner loved appearing on ‘The Middle’

Just as Lou Grant probably would have, Asner lets Frankie and Mike know they’re the reason kids are a mess. His tough message influences the couple to continue the route — with Brick helping out from the back seat.

Asner told Parade that doing the episode on The Middle was as much fun as it appeared to be: “I play a newspaper editor, can you imagine that? Isn’t that strange that people would think of me that way? I do a new and improved version of Lou Grant. It’s a lovely role. I enjoyed it very much. The cast, director, and writing were all primo.”