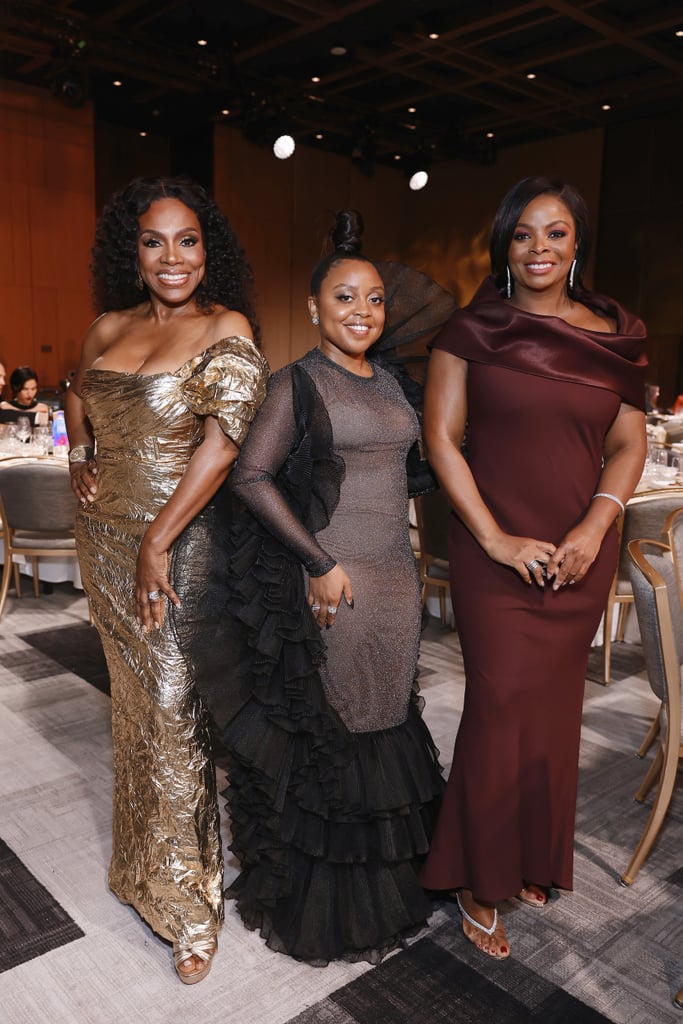 The “Abbott Elementary” cast is still checking things off their list of accomplishments amid a very successful award season. The acting ensemble — including Quinta Brunson, Sheryl Lee Ralph, Tyler James Williams, Chris Perfetti, Janelle James, and William Stanford Davis — attended the 28th annual Critics’ Choice Awards Sunday night, their first time ever at the ceremony, where their show is up for best comedy series. Brunson, James, Williams, Perfetti, and Ralph are also up for individual nominations, with the latter taking home best supporting actress in a comedy series.

In her emotional acceptance speech, Ralph acknowledged “every mistake, every bad break, every no, every rejection” she received in her early years as an actor and said, “God could lead me to a moment when a young woman, by the name of Quinta Brunson, would look at me and say, ‘Ms. Ralph, I’m not sleeping on your talent.'” The 66-year-old star also thanked the “Abbott Elementary” crew and “the best cast on TV.”

“Abbott Elementary” won big at both the 2022 Emmy Awards and 2023 Golden Globe Awards, collecting three trophies at each ceremony. Following Brunson and Ralph’s major honors at the Emmys, Williams then picked up his first-ever win for best supporting actor in a musical, comedy, or drama at the Golden Globes.

On the heels of “Abbott Elementary”‘s epic awards sweep, the critically acclaimed series is also set to return for a third season. ABC announced the big news on Jan. 11 during the Television Critics Association’s 2023 winter press tour. “This renewal is a richly deserved feather in the cap of Quinta Brunson, Justin Halpern, Patrick Schumacker, and Randall Einhorn, as well as the rest of the cast and crew of ‘Abbott Elementary,'” Channing Dungey, chairman and CEO of Warner Bros. Television Group, said in a statement, per Variety. “. . . ‘Abbott Elementary’ is the gift that keeps on giving, and I look forward to many more magnificent episodes of this brilliant, authentic and just plain funny series.”

With season two still underway, another season officially green-lit, and multiple awards under their belt, the “Abbott Elementary” cast is clearly making the most of their success.