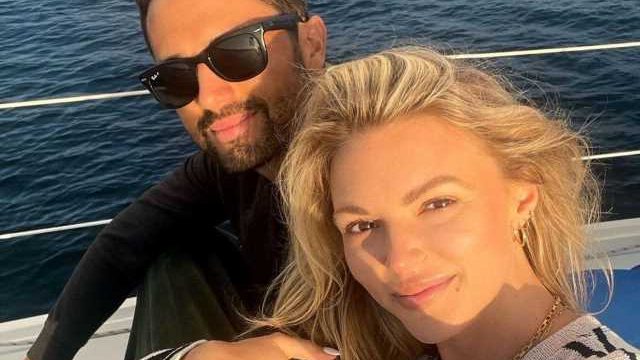 The ‘One Tree Hill’ actor confirms his relationship with girlfriend Alex Weaver as the couple show off public display of affection by sharing a picture from their romantic trip on social media.

“Magic hours are a bit more magical this year. @al_weave,” he gushed in the caption. And his partner replied in the comments, “[white love heart] luckiest girl.”

The pair have managed to keep their romance under wraps until now. The “Laguna Beach” alumni has previously dated the likes of Kristin Cavallari, Lauren Conrad, and Hayden Panettiere.

And recently, Kristin opened up about how their relationship was wrongly portrayed to be “toxic” on MTV’s “Laguna Beach”. She shared, “I remember being really upset about how they always made it seem like we were fighting, or just, like, we were so toxic for each other.”

“Because yeah, we went through our stuff, but we actually had some really great moments too. And I do know there are some scenes later on in the season where they actually do show us when we were good. And that always made me happy. And I would be like, ‘Finally, people get to see how we really are.’ Like, if we were that toxic, we wouldn’t still be together.”

The 35-year-old star went on to tie the knot with Jay Cutler in 2013. However, the former NFL player filed for divorce from “The Hills” star in April 2020.

Stephen and Kristin reunited in August 2020 and may or may not have shared a kiss. She recalled, “We lost touch a little bit when I was married. I was with my ex for 10 years. So it had at least been 10 years since we had seen each other. So anyways, we went to dinner, we had a lot of fun. Do we tell the whole story?”

Kristin then let slip, “We may or may not have kissed,” to which Stephen replied, “Did we?”

She went on, “I can’t remember. I posted a photo of the two of us. And that was my most liked photo of anything I’ve ever posted on Instagram. I mean, you’d beat all of my children. You’d beat, like, any milestone in my life. So to me, that’s actually very sweet because it shows how invested the audience was of ‘Laguna Beach’. And I think it’s really sweet.”

The pair started dating on-off in high school, but Kristen – who has Camden, 10, Jaxon, eight, and Saylor, six, with Jay – says she and Stephen lost contact during her marriage and suggested her ex-spouse wasn’t keen on the pair speaking.

She added, “When I was married, we didn’t stay in touch as much … That was my fault. I’m able to maintain friendships with my exes. But yeah, that’s all I’m gonna say. I think that’s a large reason why, when I got a divorce, you and I were able to reconnect – because I was a free woman.”