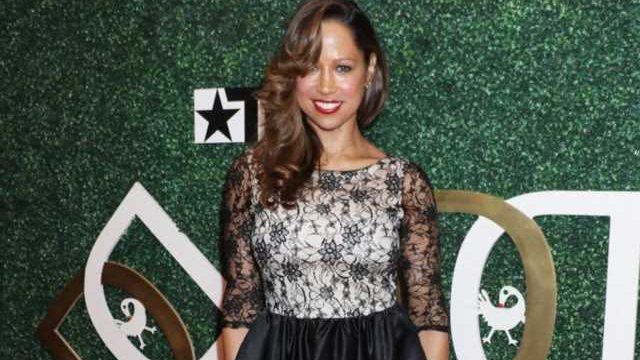 When appearing in a new episode of ‘The Dr. Oz Show’, the actress portraying Dionne Davenport in ‘Clueless’ reveals that she first tried drugs when she was 8 years old.

AceShowbiz –Stacey Dash has gotten candid about her past drug addiction. Revealing that she used to take “18 to 20 pills a day,” the Dionne Davenport depicter in “Clueless” claimed she lost “everything.”

“That’s what stopped me. I almost died,” she recalled. “My kidneys were so infected that my blood was septic, and my organs were shutting down. So, I got rushed to the hospital and I had to have a full blood transfusion and I was in there for three weeks. And by the grace and mercy of god, I lived.”

Though so, the incident didn’t stop Dash to stop abusing drugs. “That again was when I thought, ‘OK, Stacey, then give up. You can’t do this life.’ And I almost did something stupid. I didn’t,” she explained. “I called my sister and I told her ‘Come over right now.’ “

“And then I called my attorney and I said, ‘I need help.’ And she sent me away,” the mother of two continued. “Within eight hours there was an intervention guy at my house and I was on a plane to Utah to go to rehab… It wasn’t until the last 10 days that I said, ‘Oh, snap. I’m an addict.’ “

During the interview, the “Single Ladies” alum disclosed that she first tried drugs when she was 8 years old. She went on to spill that her mother gave her her first line of cocaine when the actress was still 16 years old.

Luckily, Dash has been sober for five years. “I just celebrated five years of sobriety,” she said. “I’m clean, five years. And in this five years, my blessing – the greatest blessing is that not only have I been able to be honest with myself and become a better person, I’ve been able to understand my parents and that they did love me and that they were doing the best they could and they were just sick. They were addicted.”