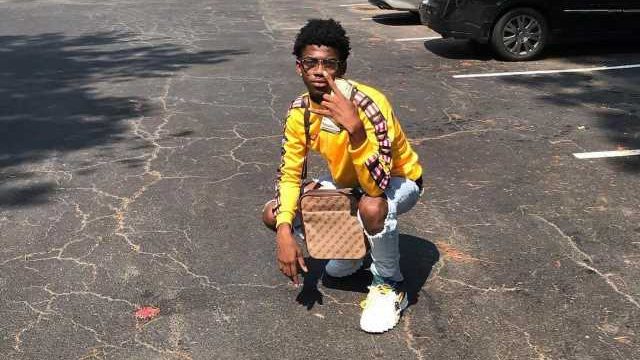 The ‘MONTERO (Call Me by Your Name)’ emcee, who recently confirmed he is in a relationship with ‘someone special,’ poses in nothing but his underwear in a new short video.

AceShowbiz – Lil Nas X is flexing his abs in a new social media post, but he has apparently caught the attention of the wrong group of users. Instead of being showered with praises, he was given a hard pass by majority of girls who were not impressed by his shirtless video.

On Sunday, August 15, the Grammy-winning artist seemingly attempted to heat up his Instagram account by treating his followers to a racy Story. In the short clip, he wore nothing but a nude-colored underwear, giving a look at his washboard abs.

Holding his phone in one hand, he also showed off his arm muscles as he proudly posed with his other hand making a fist. While the camera mostly focused on his upper half, it moved down for a while, giving a quicky look at his bulge.

After it was reposted on Hollywood Unlocked’s Instagram page with a “Smash or Pass” option, social media users took to the comment section to weigh in on Lil Nas’ thirst trap. Many, however, were not impressed as they believed that the clip was targeted at males, not females.

“PASS,” one simply commented on the video. Another wrote, “Pass,” before adding, “He cute tho but I like Men..” A third similarly wrote, “Pass but he do look great.” A fourth said, “We gone pass him to Turk.”

“Nahhhh!!! The men gat this one. On behalf of the women association, we pass. Hard pass!!!” another female user said. Another critic pointed out, “Your neck is too extended giving me giraffe vibes.”

A few were seemingly disgusted by Lil Nas’ video as one claimed, “I definitely reporting this post don’t nobody wanna see that.” Another asked the video to be removed as writing, “Delete this bruh.”

Someone, meanwhile, noted that girls should not have commented on the video as saying, “Girls commenting pass like he posted this for the ladies or something.”

But Lil Nas may not be bothered by the critics’ opinions as he already has a boyfriend. The “Old Town Road” hitmaker recently revealed that he is currently in a relationship with “someone special.”

The 22-year-old, who came out as gay in 2019, said in an interview for the Power of Young Hollywood issue of Variety, “I’ve had some good boyfriends and some bad ones. A lot of them were emotionally unavailable or had a lot of insecurity and whatnot,” before gushing about his mystery boyfriend, “I’ve found someone special now. I think this is the one. I can’t explain it, it’s just a feeling.”