The Prince and Princess of Wales delighted royal onlookers by bringing their youngest son, Prince Louis, to the annual Christmas Day walkabout in Sandringham.

Marking their first Christmas without the late Queen, Prince William and Princess Kate were among the senior members of the royal family to join King Charles and Queen Consort Camilla at their Norfolk residence.

WATCH: How the royals celebrate Christmas

The young royals smiled at members of the public who had gathered to catch a glimpse of the royal family as they walked to the morning church service. This appearance marks little Louis’ first public walkabout. 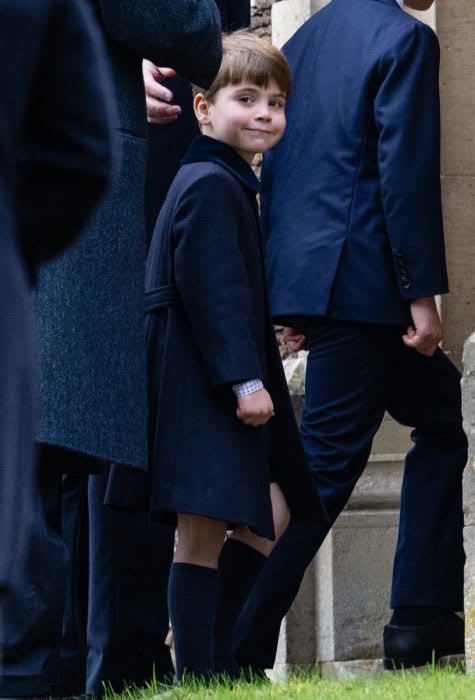 MORE: The Queen’s gift for great-grandchildren George, Charlotte and Louis is a stunning heirloom

Back in June, he had charmed the nation with his hilarious antics at the Platinum Jubilee celebrations. While his older brother and sister were on their best behaviour, the event was all too exciting for little Louis.

The royals are residing at their private Norfolk estate, where Queen Elizabeth II traditionally hosted her family over the festive period. The royal tradition began in 1988 when Windsor Castle was being rewired, and one of the highlights has always been the Christmas Day walkabout before the church service. 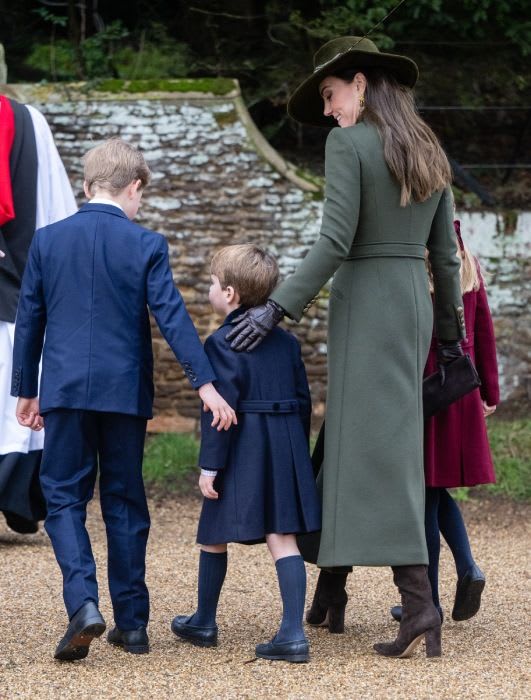 The little one wore smart shorts on the winter’s day

Traditionally, children only attended the service when they were a little older. Prince William was aged five and Prince Harry was aged seven when they first went. However, Prince William and Kate took Princess Charlotte along when she was a toddler.

George and Charlotte have previously been pictured attending church with their parents in Bucklebury in 2016, when they celebrated Christmas with Kate’s family, the Middletons. Then three years later, the young royal siblings joined Prince William and Princess Kate at the Christmas Day service in Sandringham.