The Duke and Duchess of Sussex could be staying in the UK longer due to the latest news about the Queen‘s health and she remains off camera at Balmoral.

Prince Harry and Meghan Markle are currently in the UK, ahead of the WellChild awards being held in London on Thursday evening. While the couple haven’t made any announcements about their plans, there has been an update from Buckingham Palace regarding the monarch’s health.

WATCH: The Queen’s health over the years

A statement from an official spokesperson reads: “Following further evaluation this morning, The Queen’s doctors are concerned for Her Majesty’s health and have recommended she remain under medical supervision. The Queen remains comfortable and at Balmoral.”

There are concerns for the Queen’s health

Members of the royal family have been informed about the development and Prince Charles and the Duchess of Cornwall have travelled to Balmoral Castle.

The royal couple did not bring their children Archie and Lilibet over to the UK for their trip, and their eldest Archie would have likely already started school, but there is every chance that they could fly the children over if required.

It comes after the Queen was forced to delay a virtual meeting of the Privy Council on Wednesday on medical grounds. 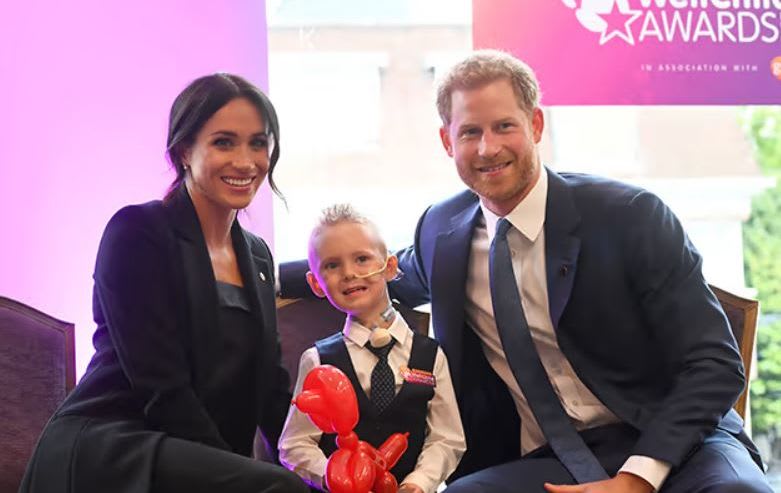 Prince Harry and Meghan are due at a WellChild event tonight

The 96-year-old monarch had a busy day on Tuesday during which she accepted the resignation of Prime Minister Boris Johnson before appointing Liz Truss as his successor.

In a statement, a Buckingham Palace spokesman said: “After a full day yesterday, Her Majesty has this afternoon accepted doctors’ advice to rest.

“This means that the Privy Council meeting that had been due to take place this evening will be rearranged.”

The Queen was seen for the first time in public earlier this week when she appeared in photographs with Mrs Truss.

Royal fans were delighted to see the monarch, who appeared in relatively good health – despite the use of a walking stick. Some did express concern about the significant bruising on her hands.