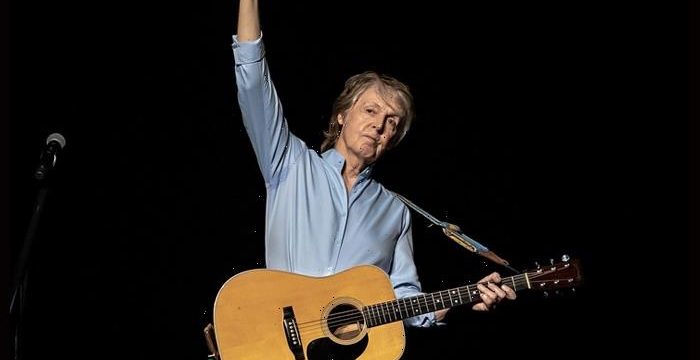 Paul McCartney recently wrote an essay for the BBC, reflecting on the “magical” experience of headlining Glastonbury 2022.

The Beatles legend, who played a career-spanning set at the festival on June 25, shared some backstage photos from the night as well as footage of his band rehearsing ahead of the set. He had special guests Bruce Springsteen and Dave Grohl perform with him that Saturday night.

“Festivals are special, but Glastonbury is particularly so and it’s a big event in lots of people’s year. Because it had been cancelled in 2020 and 2021 due to Covid, it became more important to pull it off,” he wrote in the essay. “I’d asked Bruce Springsteen in 2020 if he’d be happy to come onboard and he said yes, and he kept his promise two years later. So that was very exciting, having him and Dave Grohl up on the stage.”

McCartney also praised the crowd for being a show in their own right, writing, “It’s a pretty impressive scene for people in the audience. But we get the whole view up on the stage with the flags and the hills going back forever, so it was quite a big deal that they said yes to joining me in that experience.”

He also mentioned about the “spirituality” of the festival in his essay, writing, “It’s a magical thing, knowing music can do that to people. We’re the only animal on the planet that does that. Then you’ve got the spirituality of the place, knowing about the ley lines and everything else. When you have an event like Glastonbury and everyone comes together with good vibes and energy, I’m very happy to be part of that.”