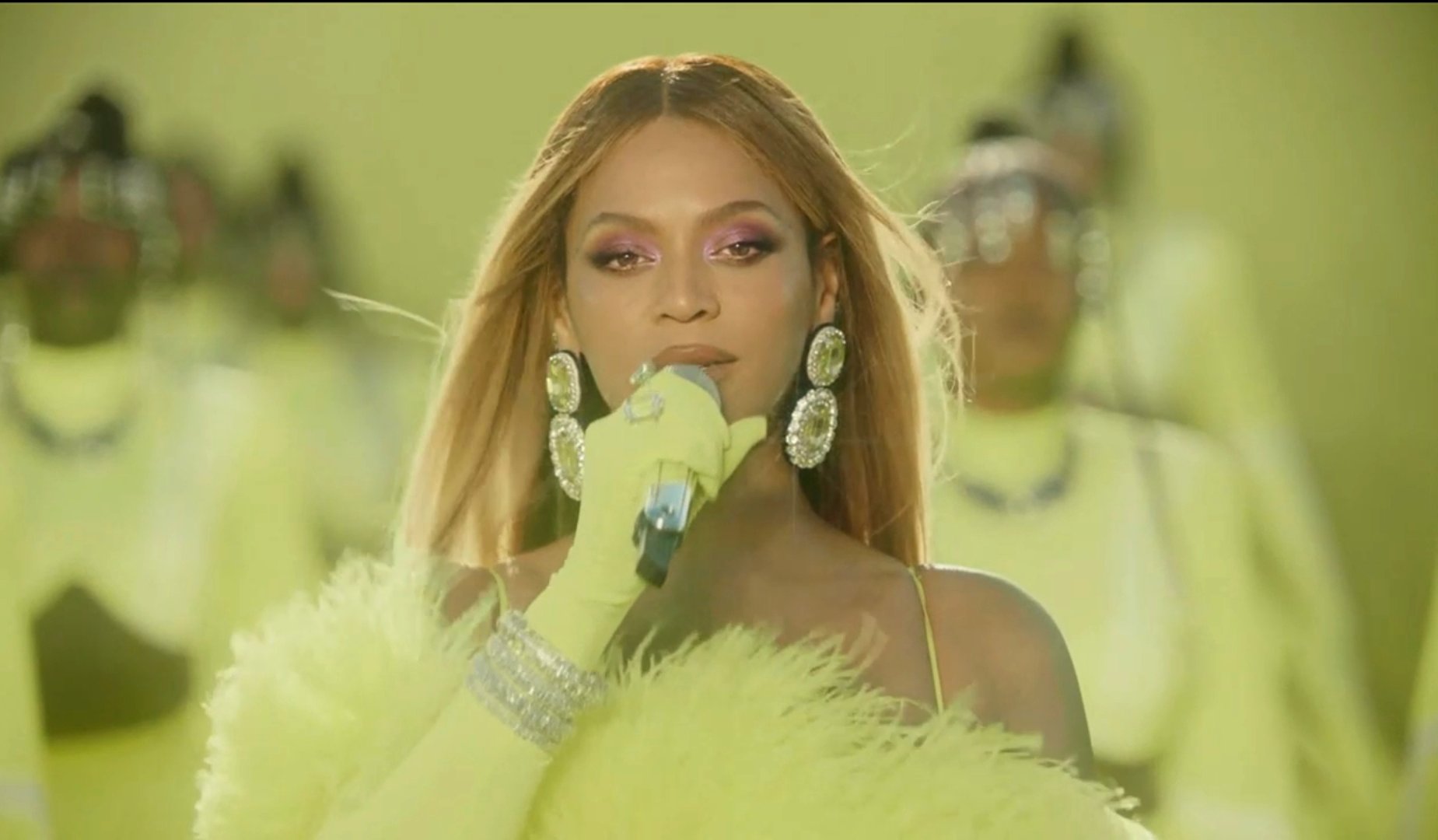 Beyonce started the Oscars with an absolute bang, not that we’re surprised.

There had been intense speculation on how the Queen would be gracing us with her presence, as she landed her first-ever nomination for best original song, for Be Alive from the King Richard soundtrack.

In true style, the 40-year-old did things her own way, batting away a traditional stage performance to take over a tennis court in Compton.

Not doing anything by halves, she was flanked by dancers – including daughter Blue Ivy – and an orchestra all dressed in the colour of a tennis ball.

Bey was introduced by tennis legends Venus and Serena Williams – whose rise to fame was charted in the biopic with Will Smith.

Of course, she totally smashed the whole thing, with Twitter going into meltdown over the scenes.

Flocking to the platform, viewers couldn’t help but rave about the performance, with one commenting: ‘Omg #Beyonce #Oscars is a force of fire. Hey performance is incredible and the dancers look amazing. #BeyOscars #Oscars2022 [sic].’

‘All these Black women opening the #AcademyAwards with beads in their hair is something I never would’ve thought I’d see two decades ago,’ another praised. ‘Beyoncé better represent Houston! #Oscars #Oscars2022.’

‘First performer is Beyonce and it’s quite mesmerising. Like the colour and energy. #Oscars2022,’ a follower agreed.

‘Nothing like kicking it off with the Williams Sisters … introducing Beyonce … in Compton.

As one added: ‘Only Beyonce can make tennis ball yellow be a moment. #Oscars2022.’

With the 2022 Academy Awards nearly upon us, we here at Metro.co.uk have got you covered.

Check out our reviews for some of the best picture favourites, including The Power of the Dog, West Side Story, Don’t Look Up, Dune, and King Richard.

Alternatively, find out how the actors in Belfast and West Side Story secured their roles.

Or you can hear about what it’s like to rub shoulders with the stars from an awards show seat filler, or check out why the stunt performers of Hollywood have been campaigning for their own category at film’s most glitzy night of the year.

Beyonce got ever closer to EGOT status as she was nominated for best for original song for Be Alive, from the King Richard soundtrack.

She will be battling tough competition for the gong, alongside Billie Eilish hit No Time To Die, from the James Bond flick of the same name, and Lin-Manuel Miranda’s Dos Oruguitas from Encanto.

Down To Joy from Belfast, by Van Morrison, and Diane Warren’s track Four Good Days Somehow You Do have also been named in the category.

Capricorn weekly horoscope: What your star sign has in store for June 26 – July 2 | The Sun

Scorpio weekly horoscope: What your star sign has in store for June 26 – July 2 | The Sun

Virgo weekly horoscope: What your star sign has in store for June 26 – July 2 | The Sun
Food & Drink News