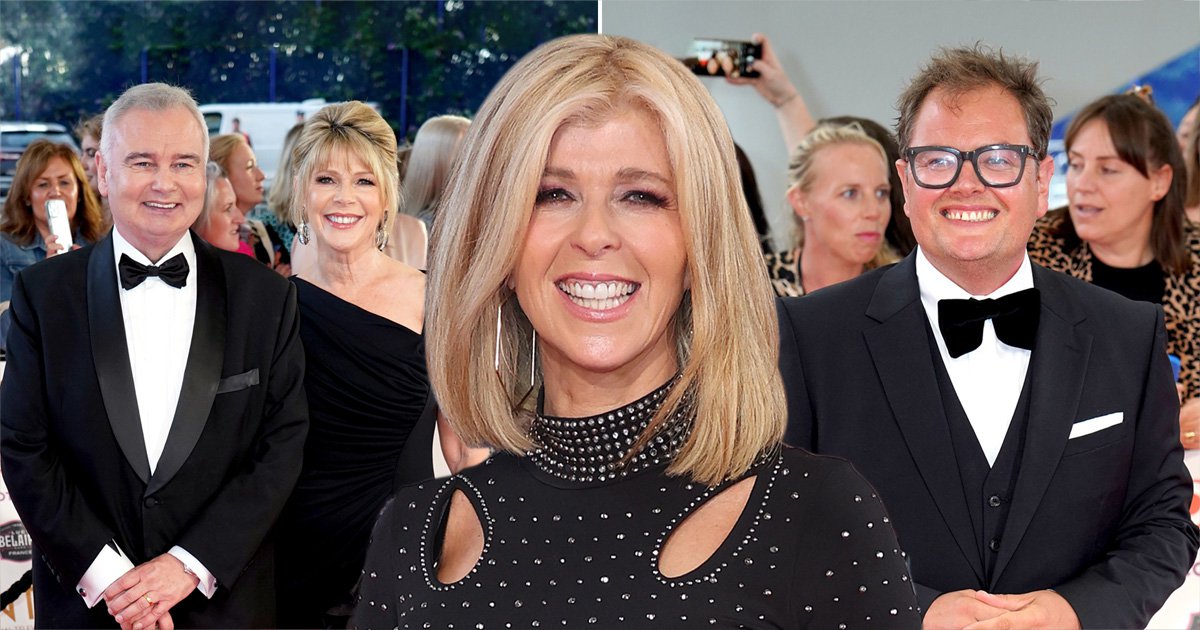 The NTAs 2021 have officially kicked off, with the likes of Kate Garraway, Alan Carr, Michael McIntyre, Eamonn Holmes and Ruth Langsford sparkling down the red carpet.

The awards ceremony, hosted by Joel Dommett, will celebrate the best of British TV and the stars have definitely dressed to impress.

Kate, who’s been nominated in the authored documentary category for her documentary Finding Derek, looked stunning as she rocked a glitzy black floor-length gown.

Chatty Man star Alan smiled away as he posed on the red carpet, giggling away with Angellica Bell, who stunned in a green gown.

Also gracing the red carpet was Michael McIntyre, accompanied by his wife Kitty, while Joel definitely made a splash by actually scooting down the red carpet.

The presenter had all eyes on him as he sported a bright green crash helmet and rode a scooter with a basket attached to the front down at the glitzy event.

Here’s hoping there are no crashes to report tonight – eyes on the, erm, carpet Joel!

Jonathan Ross, Vernon Kay, Emily Atack, and AJ Pritchard are also among the stars to strut their stuff on the red carpet tonight.

Taking place at the O2 in London, stars including Holly Willoughby, Piers Morgan, Ant McPartlin and Dec Donnelly are set to attend the glitzy event to find out who had been honoured with an accolade.

Categories include TV presenter, which has been won by Ant and Dec for the past 19 years, serial drama, comedy, daytime, and new category authored documentary, for which Kate Garraway’s film Finding Derek is nominated alongside Katie Price: Harvey and Me, Marcus Rashford: Feeding Britain’s Children, Rob Burrow: My Year With MND and Roman Kemp: Our Silent Emergency.

The most prestigious award of the NTAs is the Special Recognition award, which has previously been awarded to individuals including Sir Michael Palin, Bruce Forsyth, Joanna Lumley and David Tennant.

This is the only award not voted on by the public, as it is presented by the British National Television Awards to the chosen recipient.