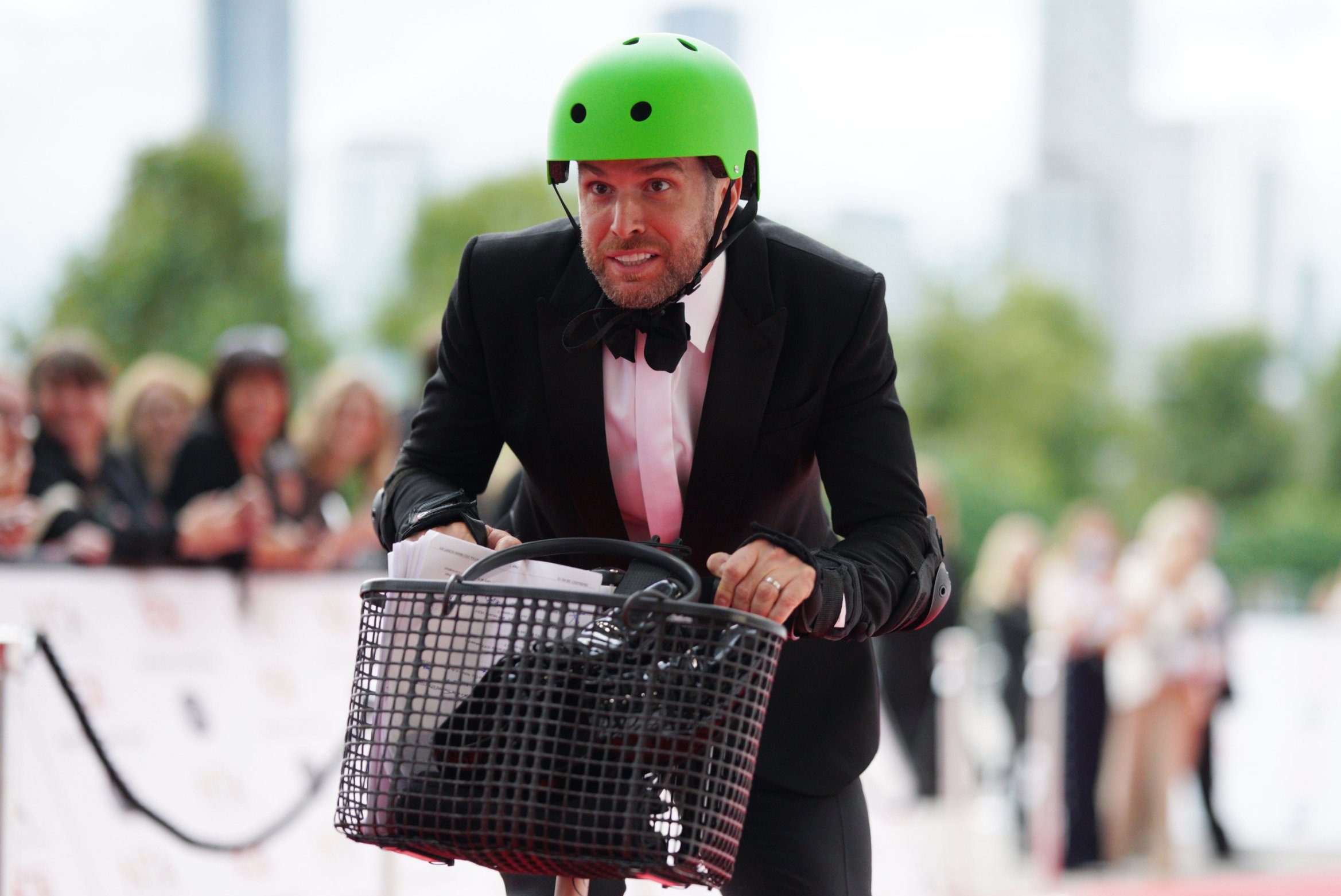 Joel Dommett made sure he made an entrance at the National Television Awards on Thursday night.

The comedian cruised down the red carpet on a scooter, complete with handy basket on the front.

He made sure to put safety first, donning elbow pads, white trainers and a neon green helmet with his black tuxedo.

The basket of the scooter appeared to be loaded with his notes for the night and smart dress shoes ready for when he dismounted.

Thankfully he made it down the carpet in one piece, beaming as he got to the end.

Joel later hopped off to pose for the cameras alongside his stunning wife Hannah Cooper, who opted not to join her other half in his antics.

The NTAs 2021 were hosted by Joel Dommett, with the event celebrating the best of British TV.

Taking place at the O2 in London, stars including Holly Willoughby, Piers Morgan, Ant McPartlin and Dec Donnelly attended the glitzy event to find out who had been honoured with an accolade.

Categories include TV presenter, which has been won by Ant and Dec for the past 19 years, serial drama, comedy, daytime, and new category authored documentary, for which Kate Garraway’s film Finding Derek is nominated alongside Katie Price: Harvey and Me, Marcus Rashford: Feeding Britain’s Children, Rob Burrow: My Year With MND and Roman Kemp: Our Silent Emergency.

The most prestigious award of the NTAs is the Special Recognition award, which has previously been awarded to individuals including Sir Michael Palin, Bruce Forsyth, Joanna Lumley and David Tennant.

This is the only award not voted on by the public, as it is presented by the British National Television Awards to the chosen recipient.

The National Television Awards airs tonight at 7.30pm on ITV.