Ashton Kutcher & Mila Kunis went casual and cute for a coffee date without the kids on Friday, looking as adorable as ever.

Ashton Kutcher and Mila Kunis stepped out in LA on Friday for a little coffee date, and the husband and wife duo were looking as sweet and stylish as ever. Mila kept things casual in a black hoodie with the word “SOUND” scrawled across the front in a rainbow pattern and paired the look with cozy grey sweatpants that had Goofy cartoon character art design. Ashton, for his part, wore a preppy sort of casual look, sporting a green sweater over a white collard shirt and black chinos, pairing the outfit with a navy blue baseball cap and adidas superstar sneakers. The duo were notably without their children for the outing, taking some time for themselves for a quick coffee run.

The married couple have been pretty great balance going on in terms of making time for themselves without their kids so they can keep a healthy marriage. On Feb. 2, they were photographed all smiles on the streets of LA after leaving a sushi restaurant, as Ashton held a bottle of wine to ring in Wet February the right way! Mila sported a fabulous trench coat-style parka while the Two and a Half Men actor rocked a denim jacket and southwestern-style sweatshirt. 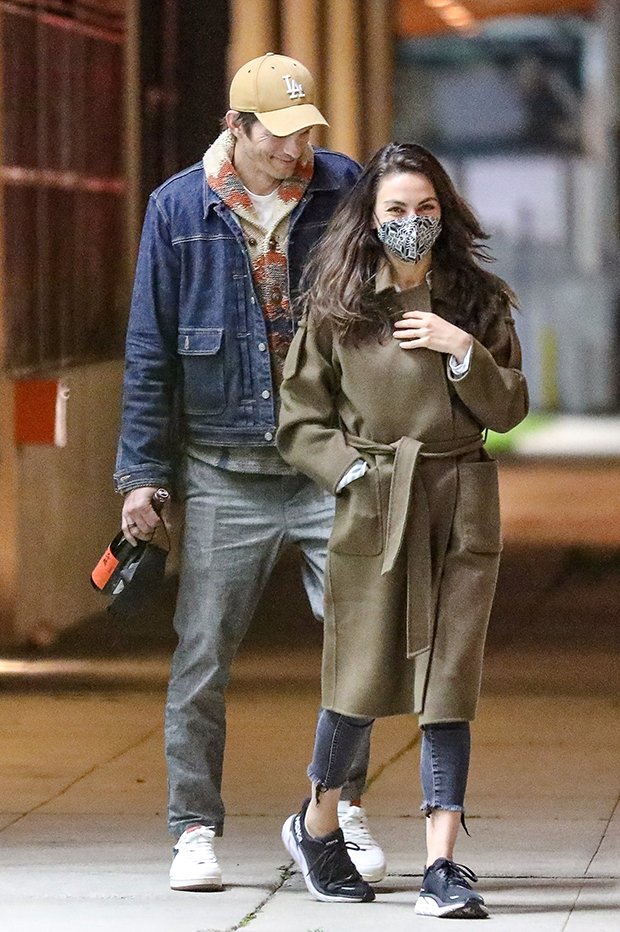 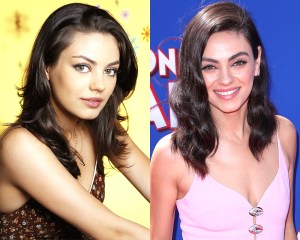 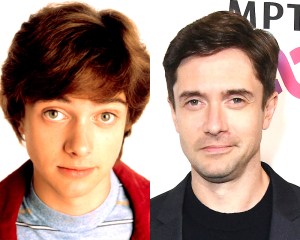 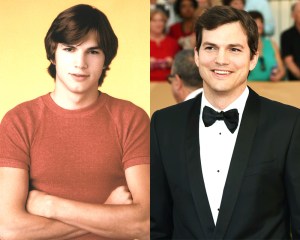 The That 70’s Show stars apparently took Dry January very seriously– up until the last day at least. On Sunday, January 31, Ashton suspected that Mila was about to break their pact. “It’s still Dry January. [Mila] and I have been doing Dry January, and I think she’s breaking Dry January right now,” he said in a hilarious Instagram video just before catching her in the act of making a cocktail.

In her defense, Mila had a very reasonable explanation. “I work off of the lunar calendar. So it’s wet February for me right now,” she joked. She certainly had the actor stumped with that one as he uploaded a video of the incident with the caption “Cheers to #dryjanuary coming to a close!!”