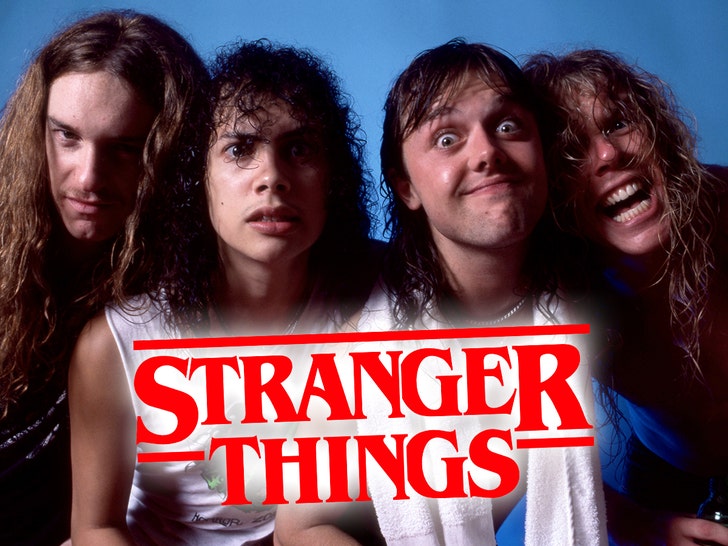 “Stranger Things” has a way with music — and this season was no different, especially for Metallica … whose tunes are in high demand, particularly among guitar hero wannabes.

As you’ve heard, the band’s ’80s hit, “Master of Puppets,” is featured in a pivotal scene toward the end of the 4th season of the Netflix hit (RIP Eddie Munson) — and like other songs heavily featured in this year’s installment … Metallica’s earworm is surging in real life.

Just like Kate Bush‘s “Running Up That Hill” got mad love among new listeners, ‘MoP’ experienced the same — with a reported 400% boost in streaming among various platforms.

What’s different now … it seems this renewed interest is seeping into the world of musical instruction, specifically through a company called Yousician — which teaches noobs the basics of how to play certain instruments, including guitar.

Per Billboard, the online school’s site reports a massive spike in a certain online lesson they offer — upwards of 100%, apparently. You see, they actually teamed up with the real Metallica for a virtual master class for their paying customers … and learning how to play “Master of Puppets” is indeed one of the songs available in their “Metallica x Yousician’ course.

Yousician is also said to be adding the song to another internal tool on their site — a guitar tuning and songwriting one — as ‘MoP’ doesn’t currently exist there, but will soon.

BTW, Metallica itself has been all about this nostalgic walk down memory lane. Their current bassist’s son reportedly provided chords for the actual scene itself. Meanwhile, the band at large has been leaning in online … particularly on TikTok, where they “dueted” with Eddie.