The fate of on-screen weddings can seem uncertain. While ceremonies may look amicable on the TV, the newlyweds warming each other’s hearts and taking a chance on love, it’s still pretty common to hear reality TV couples split once the cameras turn off.

Several couples in the “Married at First Sight” series have met a similar fate. And it’s not surprising, considering it’s the point of the show. The compatibility drifts away, issues arise, and couples split. Even though the odds of on-screen couples sticking together is not that great, it doesn’t mean that none of the relationships have worked out and overcome the test of time. Consider Jamie Otis and Doug Hehner from Season 1 — they have been married for seven years (per Us Weekly). Nevertheless, the list of “MAFS” couples who split post-show is long, and now there’s a new addition to the list — one that many fans may not have seen coming.

This time, it’s Ryan Oubre and Clara Berghaus. The two appeared on the 12th season of “Married at First Sight.” Ryan and Clara were one of the few couples who decided to stick together after the season ended. But that didn’t last for long. In a new announcement, they declared that they have agreed to part ways. So, where do Clara and Ryan stand after the split? Here’s the latest on how it all unfolded and what the future holds for these two. 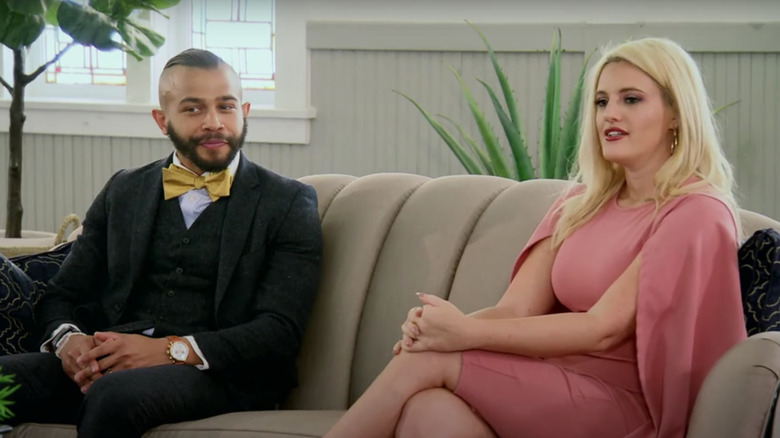 Can a season-long courtship be enough for two individuals to get to know each other at a level where they are comfortable and expressive about their feelings? Perhaps not! And so was the case between Ryan Oubre and Clara Berghaus, who told People they have decided to split. “After taking some time away from cameras, we have reached that point in our marriage where we know it’s better to go our separate ways,” the two said in a joint statement.

The reason behind the split could be seen during Season 12 of “Married at First Sight.” Ryan and Clara faced intimacy issues and could not find compatibility, especially when expressing affection. Clara wanted Ryan to be expressive of his emotions and spice things up in the bedroom. Ryan, on the other hand, seemed quite hesitant to do so. The reason behind Ryan’s coldness toward Clara was that he’d never been in love before. The two tried to patch things up and find some compatibility, but unfortunately, things didn’t work out, and they parted ways.

“It’s not an easy decision to make it, nor we do we take these next steps lightly. Grateful to all who stood by us, and continue to stand by us as we make this very difficult decision. It goes without saying, we remain friends and hope for nothing but the best for each other,” the former couple told the outlet.