The NHS worker, who appeared on series four of the dating show, shared a photo of himself speaking to Boris Johnson as he announced the news.

Alex, 30, said he’s ‘truly humbled’ and pointed out that mental health has never been more important.

‘WE DID IT!! You called and the PM answered!!’ he wrote on Instagram. ‘I have been appointed as the Ambassador for Mental Health.

‘It hasn’t sunk in yet and I’m not sure it ever will. I am truly humbled. In my role, I will be working closely with the Government to make mental health an absolute priority. Never has mental health been more important than now.

‘From schools to universities, the NHS and the wider public, MENTAL HEALTH MATTERS. For the current as well as future generations, we must do everything in our power to bring meaningful change.’ 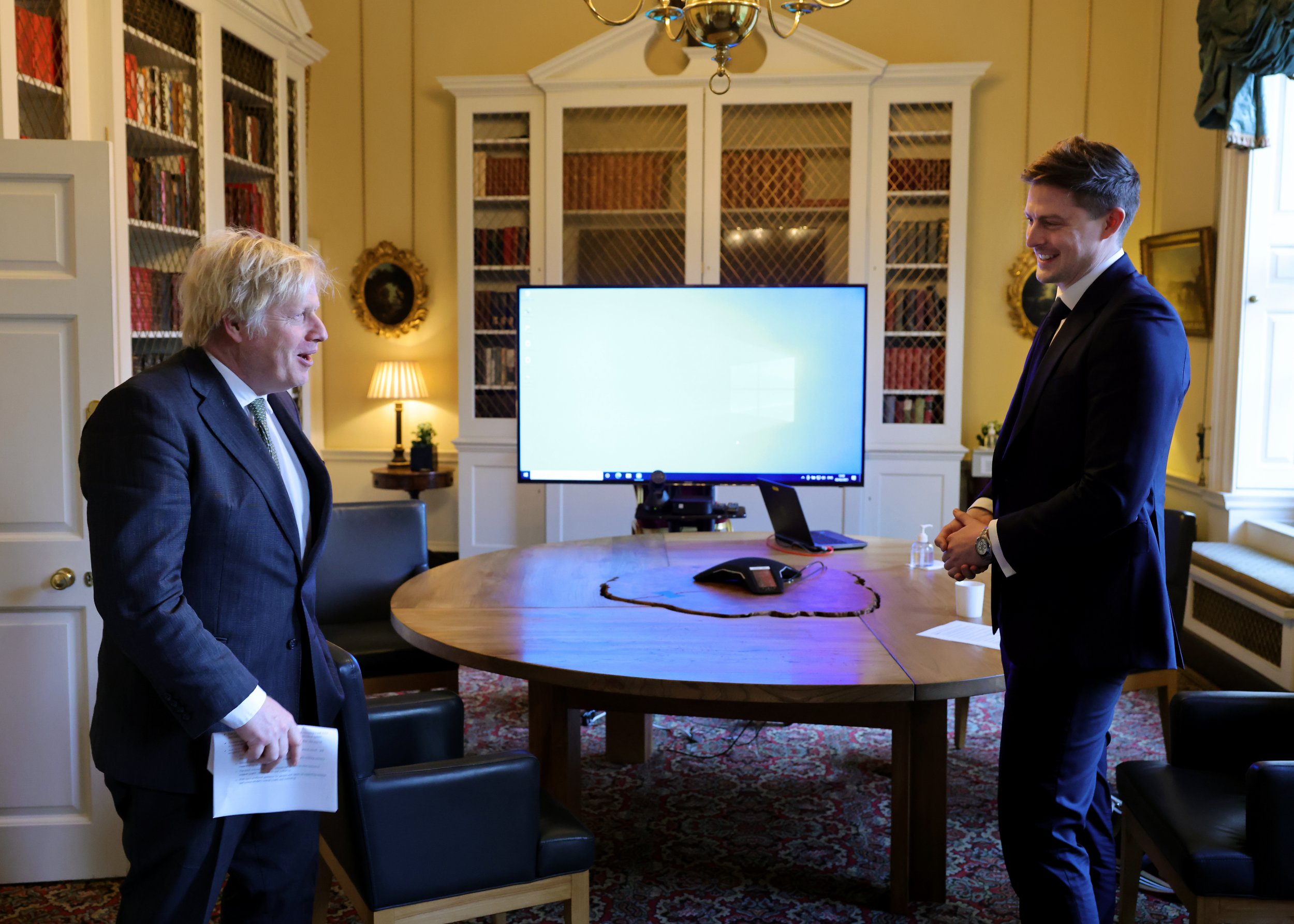 Alex went on to speak about his brother Llŷr, who took his own life at the age of 19.

‘Nothing will bring my brother back but if I can make a positive impact that saves even one life, it will be worth moving mountains for,’ he explained. ‘There is much work to be done. Particularly in the coming weeks and months.

‘Thanks to each and every one of you for your incredible support. Thank you also to the Prime Minister and Government for recognising our campaign and showing a desire to make a real change moving forward.’

Alex has been speaking openly about mental health, especially amid the coronavirus pandemic.

Recently opening up about his brother’s death, he said there’s ‘no shame’ in it, and he just wants to help others.

The reality star said on the Thanks A Million podcast hosted by Angela Scanlon: ‘You know, what happened with my brother has been awful. Initially, I found that he passed away, I had a phone call from my dad when I was at a restaurant… and it destroyed my world, really, you know, like it was terrible.

‘I came home and I just had the shock of everything that had happened. For me, I really felt at the time I needed to be honest and share in what happened with his mental health. It’s something that needs so much work.’

Alex continued: ‘I am so passionate about making change within that. I wanted to be honest because there’s no shame in what happened to my brother.

‘The shame is the loss of his life, not that it was via suicide. So I very much wanted to tell people what had happened because I think that was important in his memory as well.’