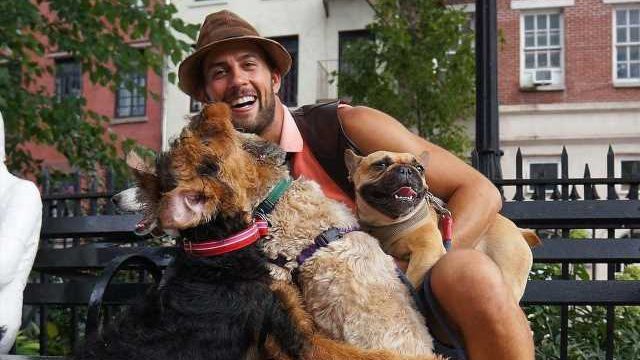 Ryan Fischer admits he’s ‘not yet in the proper headspace to care for dogs’ as he continues to recover from the traumatic incident that almost cost his life.

AceShowbiz -The dog walker who was shot when Lady GaGa‘s pooches were taken by robbers has admitted he is struggling to care for pooches as he navigates healing from the traumatic incident.

Ryan Fischer spent several weeks in hospital and had part of one of his lungs removed when he was attacked and shot by thieves, who made off with two of the “Poker Face” star’s French bulldogs in February (21).

The three alleged dognappers have been caught and charged with attempted murder and robbery and two other people, including the woman who returned the stolen dogs to police officials, have been hit with accessory charges.

As he attempts to move on from the terrifying incident, Fischer opened up about how he’s been coping in a candid post on his Instagram page, as he wrote, “It’s a strange thing to be known for a trauma that I’m still healing from. People want to reach out, share in my pain for a moment, and then walk away, leaving me to relive it again. It’s not intentional; it comes from a kindness and compassion that I welcome.”

“Everyone’s support and well wishes have been incredible, and I am so humbled by every kind word and prayer that have come my way. It just hasn’t always been easy to navigate as I continue to find myself.”

He added that while it has been odd being known for the shooting, he has also struggled to be “without purpose” – which he called “the hardest part of this chapter.”

“Because I’m not yet in the proper headspace to care for dogs (whenever I perceive a dog is in danger I go on high alert and then break down and cry after), my purpose for the last ten years has suddenly vanished,” he continued. “So what do I do now during this necessary limbo? Do I sit and do nothing, or do I choose to cultivate another aspect of self that gives purpose? … I am excited to share in my bumbling exploration and storytelling with you along the way. To a purposeful journey!”