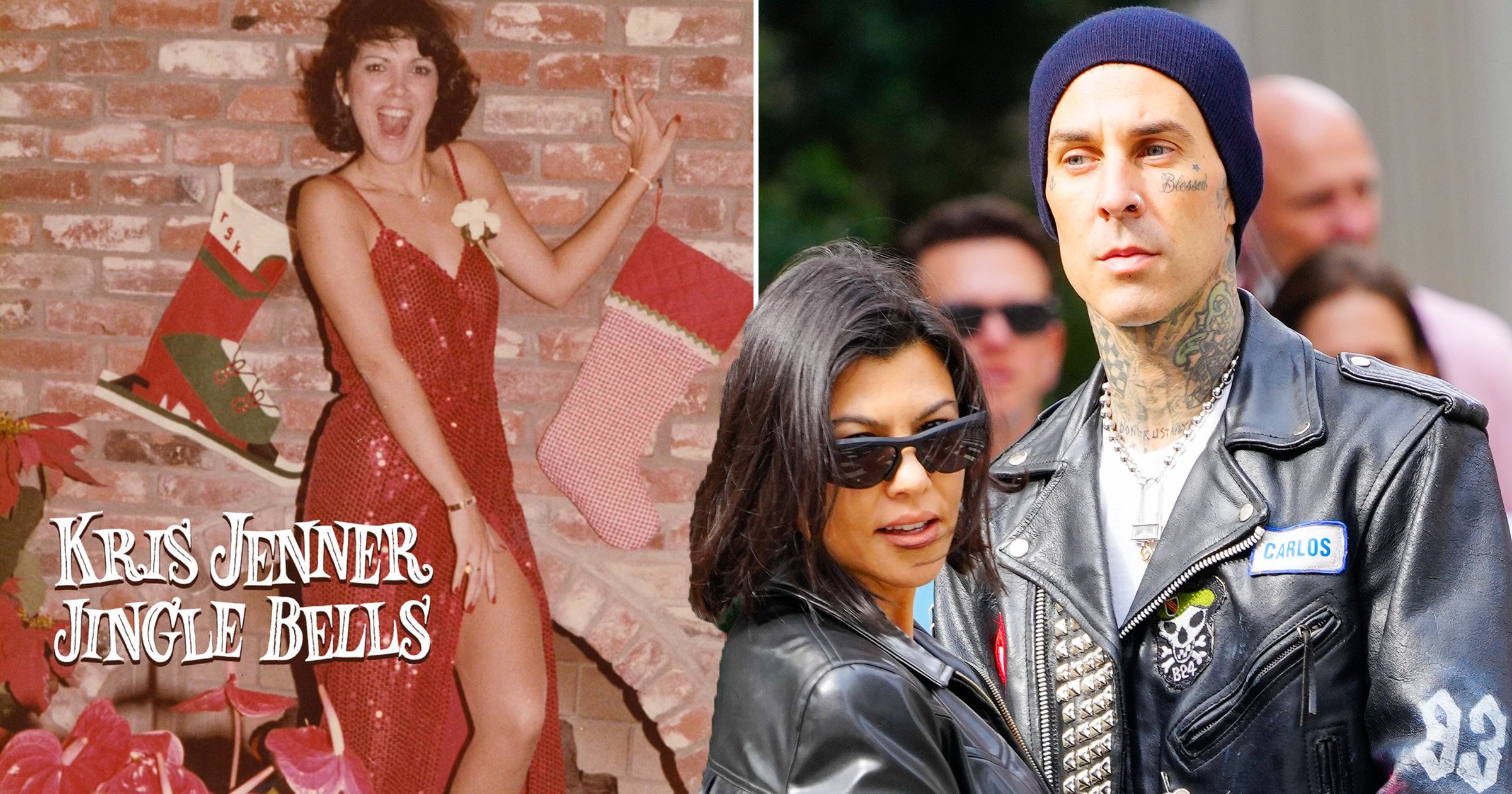 Kris Jenner, Kourtney Kardashian and Travis Barker on a Christmas song is the gift we never knew we needed.

The iconic trio have teamed up to release an interesting cover of Jingle Bells to raise our spirits this Christmas – whether they had consumed spirits at the time of recording remains to be seen.

Much like Beyonce’s power move when she released her self-titled album in 2016 during the dark of night, Kourtney, Kris and Travis’ banger was released at midnight with no prior warning or hints.

First of all, let’s dissect the incredible single cover, which features a throwback photo of matriarch Kris, 66, dazzling in a red sequin dress while posing beside a fireplace with stockings hanging on the wall.

Kourtney and Travis are nowhere to be seen on the cover but their contributions are most definitely heard, with the Blink-182 rocker on the drums and his fiancee on the bells.

Announcing the epic collab, Kourtney wrote in her Instagram stories: ‘A little fun in the studio with the iconic legendary queen @krisjenner me on the jingle bells, and @travisbarker on the drums of course.’

Khloe simply tweeted: ‘My queen,’ and added: ‘My early Christmas gift from my mom.’

No doubt the track will play on repeat at Kris’ annual Christmas Eve party, which will reportedly go ahead after being cancelled last year for the first time due to the pandemic.

It will of course be Kourtney and Travis’ first time attending the bash as, not only a couple, but an engaged one after the rocker popped the question in October.

There may be some new faces among the crowd with sources claiming Kim Kardashian’s new man Pete Davidson has received an invite.

The couple have been near inseparable in recent weeks, with their romance sparked in October, and Pete has been getting pretty comfortable in Kim’s life after being spotted driving around in her custom Rolls Royce.

Kris’ Christmas Eve parties are legendary among the Hollywood circles with past guests including Jennifer Lopez and Sia. In 2018, Kim hosted the event for the first time and splurged a reported $1.3million (£970,000) on a Winter Wonderland theme, featuring a performance from crooner John Legend.