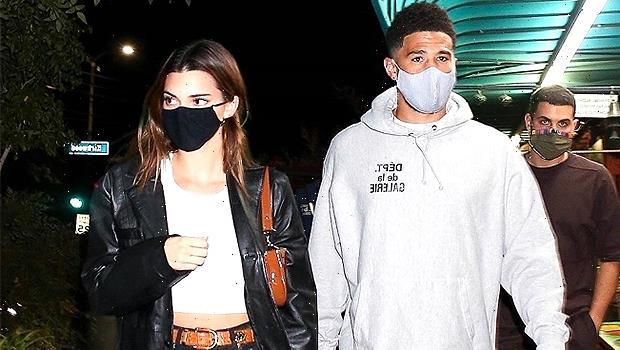 Devin Booker took to Instagram to share a series of pics and one of them showed Kendall Jenner sitting back and relaxing on a boat while enjoying a drink and wearing his Olympic gold medal around her neck.

Kendall Jenner, 25, is celebrating her boyfriend Devin Booker‘s Olympic gold medal win for men’s basketball at the Tokyo games by keeping the medal close to her. The model showed up in a pic in the professional athlete’s latest Instagram post and it showed her spending time in a boat on a lake as she wore the medal around her neck. She was laying back while wearing a green bikini and baseball cap in the shadowy snapshot, which can be seen in the third slide below, and was drinking from a bottle.

Other pics showed Devin and his dog, Raven, also enjoying time on the boat and in the water, and one video captured the pooch contently looking around while the wind blew over him. “LAKE BOi,” Devin captioned the epic post.

It didn’t take long for fans to respond with kind comments. “Pretty!” one fan exclaimed while another called the pics “LIFE.” A third wrote, “Once a lake kid always a lake kid” and a fourth called the lake trip a “haven.” 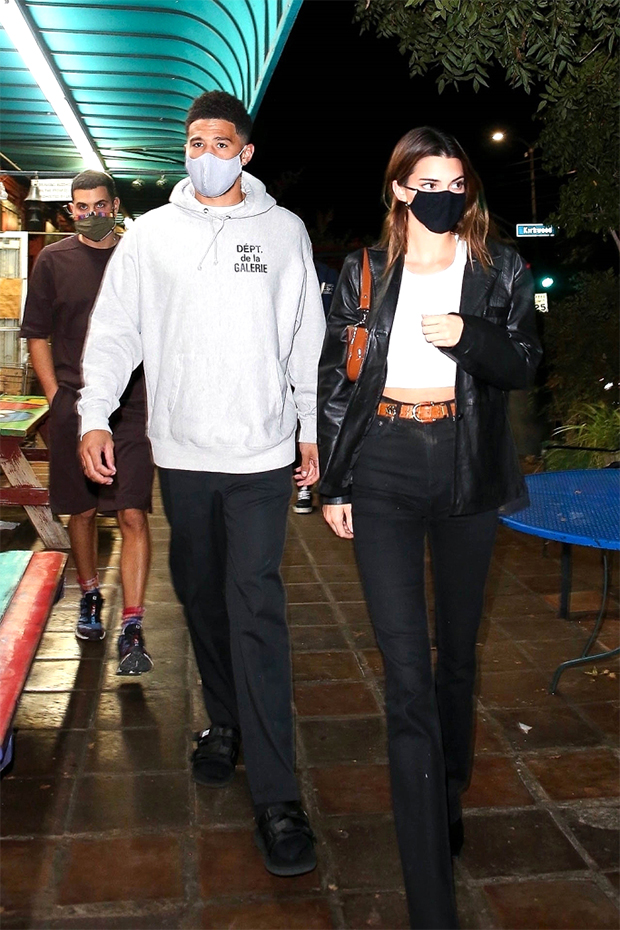 Devin’s latest post-Olympic social media post comes after Kendall made headlines for showing support to her beau while watching him on TV after his big win with his U.S. team. She shared a photo of him, as he showed off the back of his jersey, and his teammates walking on the basketball court on her television and added a gold medal emoji to it.

Kendall and Devin have been dating since 2020 and although they like to keep their relationship mostly private, they like to share sweet moments they have together with their fans once in a while. When she’s not cheering him on during the Olympics, she’s doing so when he’s in action with his regular team, the Phoenix Suns. She’s been seen at several of his NBA games and can often be caught beaming with pride as he shows off his skills.