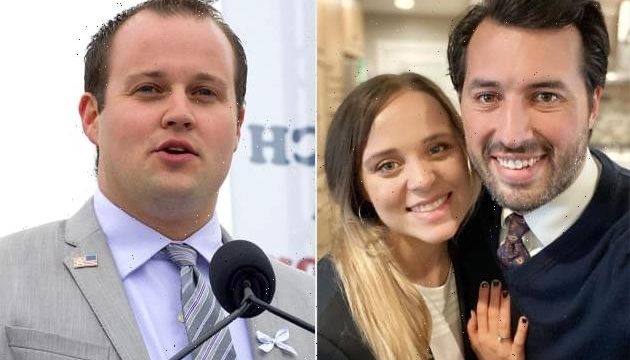 The news that Josh Duggar had been arrested on child pornography charges came as a shock due to the appalling nature of the allegations against the former reality star.

But unfortunately, Josh’s actions aren’t all that surprising when one considers the many horrific things he’s been accused of in the past.

Of course, no one is more familiar with the 33-year-old’s horrifying past than his earliest victims.

We’re talking, of course, about Josh’s own sisters.

As you may recall, it was revealed in 2015 that Josh had molested five young girls while he was still in his teens.

Four of them were his sisters; the fifth victim was a babysitter who had been hired by Josh’s parents.

At the time, most of the family kept quiet about the allegations.

Jim Bob and Michelle appeared for a 2-on-1 interview with Megyn Kelly, as did Jill and Jessa Duggar.

Everyone stuck to the script and claimed it was an isolated incident, and that there was no risk of Josh ever engaging in such behaviors ever again.

Of course, no one could really know what would happen, but since Josh was never received any sort of punishment or treatment following the revelation of his criminal behavior, it’s not surprising that he continued to claim victims.

The timing of his latest scandal coincides with the release of Jinger Duggar and Jeremy Vuolo’s new memoir, The Hope We Hold.

In the book, Jinger opens up about her experiences during the first Josh molestation scandal.

“My brain hadn’t quite caught up to the reality of what had happened in a few short hours,” Jinger wrote.

“Intimate details about our lives were splashed across a magazine page and all over the Internet for anyone and everyone to read. I felt shell-shocked, as if a bomb had exploded,” she continued.

“One of my siblings had made some sinful choices, but it had all been years ago,” Jinger went on, identifying the scandal without mentioning Josh by name.

“It had been awful, but we had dealt with it as a family. We’d sought the Lord, took the necessary steps to move toward healing, and offered up our forgiveness.

“Now that it was out in the public, the old wound was open again, raw, painful.”

Here, Jinger is sticking to Jim Bob’s official messaging by insisting that by re-opening old wounds, the media was just as bad as Josh.

It’s not her fault, of course, as she’s been victimized by Jim Bob’s lies almost as much as by Josh’s actions.

From there, Jinger detailed the methods Jim Bob employed for a late-night escape.

It seems the bus the Duggars used in those days was backed up to their house, so that the family could escape without encountering any paparazzi.

“We were getting away for a few days until this all died down, they said, to a place with plenty of land to run around outside without anyone seeing us,” Jinger wrote.

“It would be the perfect place to escape the cameras without being cooped up inside for the foreseeable future,” she added.

“All I knew is we were leaving — that night. I felt like an Israelite fleeing Egypt under the cover of darkness.”

Amazingly, the escape plan worked, but as Jim Bob was no doubt aware, fall-out from the news of the first Duggar sex scandal was just beginning.

“By the time we left, the photographers were asleep, and nobody noticed when the bus pulled out of the driveway and headed down the road in the dark of night,” Jinger shared.

“The bus engine rumbled and my brothers and sisters chattered noisily, but I barely noticed. My mind raced with questions I couldn’t answer. How do we go forward? I thought.”

From there, it seems that Jinger began to realize that things would never go back to the way they were before.

“People outside my close circle now knew details about my life that I had never chosen to share,” she wrote.

“Details that I had never wanted to share. And there would be fallout. That goes without saying when you lead a public life. I just didn’t know how far it would go.”

We can see why Jinger would mourn the loss of her privacy, but unfortunately, the adults in her life couldn’t be trusted to protect her, which necessitated the intervention of the authorities.

Now, all these years later, we learn that Josh is up to his old, nauseating tricks, and he’s still be enabled by those around him.

Hopefully, Josh will never again be in a position where he’s able to victimize children.