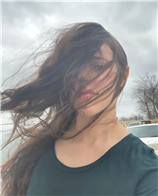 Last week, fans rejoiced at the news that Jill Duggar is pregnant with her third child.

The Duggars are not terribly popular these days, but Jill remains as beloved as ever, having severed ties with her problematic parents back in 2019.

We’re not sure if it’s coincidental, or if Jim Bob’s daughters simply enjoying being pregnant at the same time, but it’s a pattern that fans have been observing for years.

And that’s just one reason fans are convinced that Jessa Duggar is pregnant with her fifth child.

Unlike Jill, Jessa has remained close with her parents.

And she seems eager to follow in Michelle’s footsteps by giving birth to as many children as physically possible.

As you may recall, Jessa just welcomed her fourth child last summer.

But the Duggars think it’s sinful to let a uterus lay fallow for very long, and Jessa has adopted many of her parents’ most bonkers views.

For example, she shares their belief that it’s the sacred duty of every evangelical woman to populate the Earth with a new generation of fundamentalists.

As a result, pretty much every time Jessa posts anything, her followers take it as a sign that she’s expecting.

Case in point, Jessa snapped some selfies on a windy day over the weekend, and her followers are now convinced that she’s got a bun in the oven.

“Not quite the windblown glamor-shot I was going for,” she captioned the pics.

“You know you’ve got #longhairproblems when you’ve been driving in the car for 10 min before you realize that, because of the crazy wind, a lock of your hair is in fact shut in the car door and blowing around outside your vehicle as you drive down the road,” the mother of four continued.

Many of Jessa’s followers commiserated with her plight.

“Been there, done that,” one commenter wrote, according to UK tabloid The Sun.

“That’s my hair too! Stuck in the window, the door, wrapped around my neck,” another added.

“That has happened to me also that my hair got stuck in the door! I know how you feel!” a third chimed in.

Curiously, a different contingent of commenters had little interest in Jessa’s hair and was instead obsessed with the idea that this was her way of prefacing a pregnancy announcement.

“Jessa. Is. Pregnant. This is my prediction,” one person wrote on Reddit.

“I’m thinking you’re right. It’s not like her to let Jill have a moment in the sun for very long,” another echoed.

“She’s going to make a big announcement and make sure to say that it’s #5 at least a dozen times,” yet another person joked, suggesting that Jessa is hoping to upstage her sister.

Other redditors took things a step further, suggesting that Jessa is just one of several Duggar women who are currently, secretly pregnant.

“I predict that all of the married Duggar women are pregnant, minus Michelle & Anna,” one person said.

And how could anyone possibly know that Jinger Duggar is planning to announce a pregnancy eight months from now?!

Well, in case you haven’t figured it out, there’s not much science to the art of predicting Duggar pregnancies.

But it’s sort of like predicting that the Harlem Globetrotters are gonna triumph over the Washington Generals — there’s not a whole lot of risk involved, and you’re almost certain to be proven right.