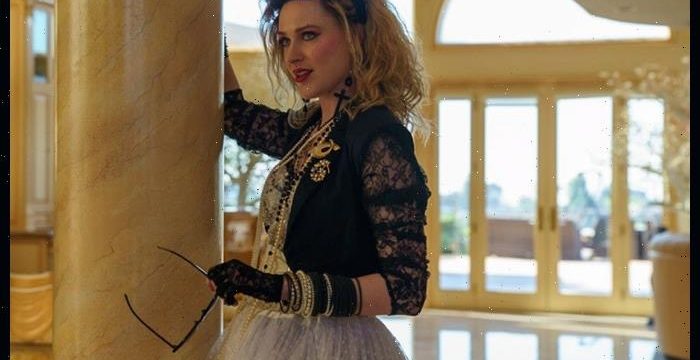 Evan Rachel Wood has transformed into Queen of Pop Madonna as revealed by a first look at Weird: The AI Yankovic Story.

Wood also shared the photo on Instagram with the caption, “The secret’s out! I am having WAY TOO MUCH FUN playing the iconic Madonna in @therokuchannel’s WEIRD: The Al Yankovic Story with Daniel Radcliffe.”

The Roku Original Film, which began production in Los Angeles last month, stars Daniel Radcliffe as Weird Al. The biopic will focus on every facets of the legendary comedian and recording artist’s life and career, “from his meteoric rise to fame with early hits like ‘Eat It’ and ‘Like a Surgeon’ to his torrid celebrity love affairs and famously depraved lifestyle.”

Weird: The Al Yankovic Story is written by Yankovic himself, along with Eric Appel, who also directs and executive produces.