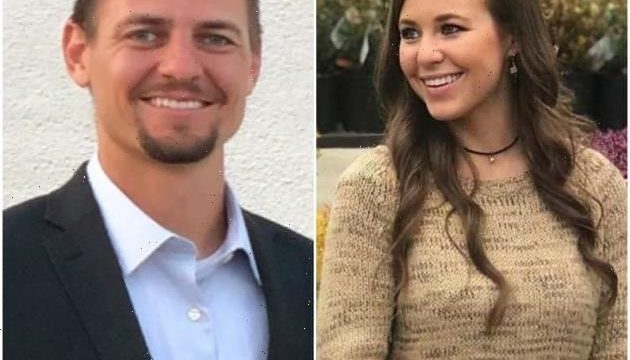 There’s good reason for that, of course, as this is a scandal so massive that it makes any other developments within the family seem insignificant.

Not only that, but Josh’s arrest could bring about the end of the Duggar media empire, which is pretty much the only reason anyone is invested in the lives of this family of evangelical cultists from Tontitown, Arkansas.

Of course, even if the Duggars are finally forced out of the spotlight, fans will likely continue to take an interest in the lives of their favorite family members.

It might be difficult to find updates on Jim Bob and Michelle’s children if they decide to step away from social media in the wake of a guilty verdict for Josh, but you can rest assured that Duggar-obsessed sleuths from all corners of the internet will still find a way to gather info.

And much of their digging will center around Jana Duggar and the long-lingering questions of if and when she’ll ever get married and start a family.

In the months before news of Josh’s scandal went public, it was beginning to look as though Jana had finally found Mr. Right.

While there’s still been no official announcement, it looks as though Jana is being courted by Stephen Wissmann, a Nebraska-based pilot and small buiness owner.

(Stephen is also an evangelical Christian, but that pretty much goes without saying when one is talking about Duggar courtship partners.)

Anyway, prior to Josh’s arrest, Duggar fans were keeping a close eye on the Jana-Stephen situation, and things seemed to be progressing rapidly.

Jana had spent Christmas in Nebraska, and Stephen had traveled to Arkansas in order to attend the wedding of Jed Duggar and Katey Nakatsu.

But after the news broke of the shocking allegations against her brother, Jana went radio silent on social media.

Prior to this week, she had not posted anything on her Instagram page in over a month.

She broke that silence over the weekend, but to the chagrin of her biggest fans, Jana made no mention of the charges against Josh, and she did not offer an update on her burgeoning romantic relationship with Stephen.

Instead, she posted about her beloved vegetable garden.

“Planted my favorites today!” Jana captioned a post that featured photos and video of her planting cucumbers.

“It’s been so fun getting my garden up and going this spring! What are your favorite things to grow in your garden?”

Needless to say, fans were hoping for a much more information-heavy post, but that’s never been how the Duggars operate.

Like the rest of her family, Jana will continue to pretend that nothing is wrong throughout Josh’s trial, and if he should be found guilty, she’ll probably go quiet for a few weeks and then break her silence with a post about something that’s completely unrelated.

In all likelihood, Josh has been a source of trauma throughout Jana’s life, and we encourage her to continue doing whatever she has to do in order to cope.

But fans hoping for updates about Jana’s love life might be out of luck.

The Duggars have been keeping a lower profile than ever in recent weeks, and Jana has always been the most private of the bunch.

If her relationship with Stephen is still progressing, you can bet that it will eventually lead to a wedding, which will no doubt be kept under wraps until after it happens, as was the case with Jed and Katey’s recent nuptials.

As for the reports that Jana and Stephen have put their relatonship on hold due to the Josh situation — well, sadly, that is a possibility.

Jana getting married would be a huge story for the Duggar fan community, and it’s possible that Jim Bob would demand that the wedding take place at a time when it won’t be overshadowed by the dark cloud of Josh’s scandal.

And as every Duggar critic or enthusiast knows — the kids might be grown, but Jim Bob is still the one who calls the shots.