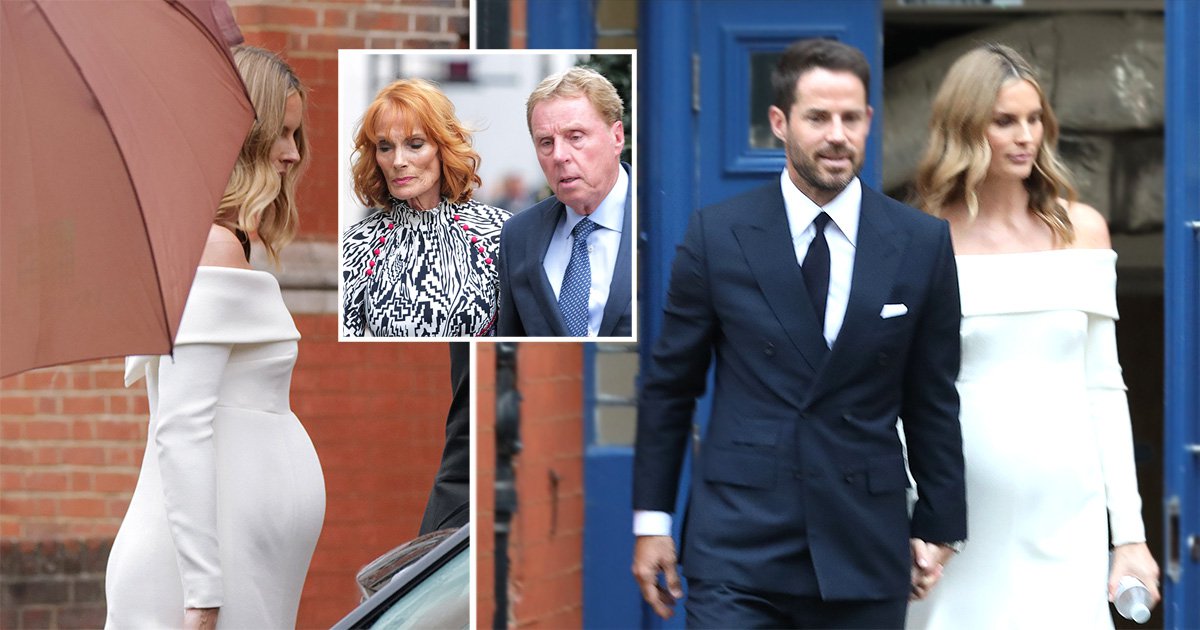 Jamie Redknapp has married pregnant girlfriend Frida Andersson in a secret wedding, it has been claimed.

The former footballer, 48, has reportedly tied the knot with the model, 37, in a low-key ceremony in London, surrounded by their loved ones.

According to reports, the couple, who are set to welcome their first child together very soon, said their vows at Chelsea Registry Office earlier today, in front of their nearest and dearest.

They were pictured smiling and holding hands as they left the venue, with the bride donning an off-shoulder white dress showcasing her growing bump, paired with matching shoes.

Her beau also looked dapper for their big day, pairing a navy suit with a white shirt and black tie.

They were joined for the celebration by his parents, Sandra and Harry Redknapp, with sons Charley and Beau, who he shares with ex-wife Louise, also thought to be in attendance.

However, they have not spoken publicly over their wedding plans.

Jamie and Frida started dating last year, but have kept much of their relationship behind closed doors.

It was revealed that they will introduce their first child together later this year, with an insider telling the Sun that they are having a baby boy.

‘Jamie and Frida were thrilled to learn they are expecting a boy. They’ve told their children and families,’ the source revealed.

‘Everyone just wants the little lad to arrive now. And just in time for Christmas… it couldn’t be more perfect.’

The A League Of Their Own star was previously married to former partner Louise for 19 years, while Frida shares four children with ex Jonathan Lourie.

Harry Redknapp recently opened up about being a granddad for the sixth time, something he is truly delighted about.

‘I enjoy spending time with the grandkids, I love it, I really do.

‘Going to watch them play football and sport… I love being there and turning up and watching the kids and taking them to football on Saturdays.’