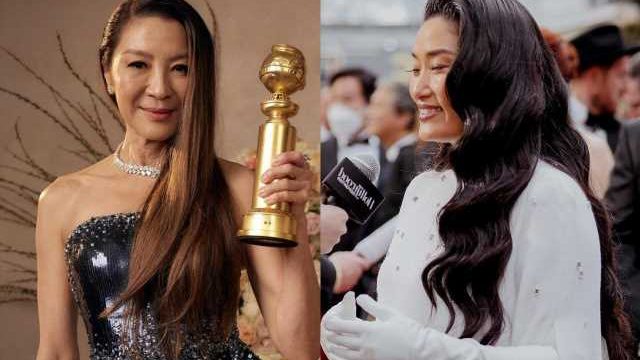 Chloe Flower denies that she was the one trying to play off winners during speeches, saying that she was able to patch things up with Yeoh after the ‘Everything Everywhere All at Once’ actress told her to ‘shut up.’

AceShowbiz -Musician Chloe Flower suddenly almost gained a bad reputation following her gig at the 2023 Golden Globe Awards. The pianist was hired to play music during the live telecast, but she ended up trending on Twitter because viewers assumed she was playing winners off during their speeches.

It all began when Michelle Yeoh accepted the prize for Best Actress in a Motion Picture – Musical or Comedy for her role in “Everything Everywhere All at Once“. She just started talking about the movie when the “wrap it up” piano played.

Getting sassy, Yeoh turned to Flower, who was at the piano, and jokingly threatened her, “Shut up, please. I can beat you up, OK? I’m serious.” The actress went on thanking those who worked with her in the comedy film.

Speaking to Variety one day after the event, Flower denied that she was the one playing the music and was able to clear things up with Yeoh at the ceremony. Saying that the only time she was playing music was when she was on camera, she explained, “My job was to bring everybody back from commercial break with a performance, so I don’t know how that got lost in translation.”

The 41-year-old detailed an off-camera moment that she shared with Yeoh after the actress’ acceptance speech. “After she won her award, she walked past the piano and I spoke to her,” she said. “We embraced. We touched and we held hands. I said, ‘I would never disrespect you and play during your speech.’ She was so lovely and nice.” Flower added there were no hard feelings.

Another actor who responded with a jab when he was being played off was Austin Butler, who won Best Actor in a Motion Picture – Drama for playing Elvis Presley in “Elvis“. “You could at least play ‘Suspicious Minds’ or something,” he jested.

Flower said she had a chance to speak to the actor too. “I spoke to him too. He walked past me and I said, ‘Hey, congratulations, that wasn’t me playing,’ ” she recalled.

Flower also addressed the intimate setting of the Golden Globes, which could’ve led to the confusion over where the music came from during the winners’ speeches. “I don’t think viewers were aware of how small it really is,” Flower said. “I think everyone was looking in my direction because I was on a piano, and I became the face of sound.”

Speaking to The Hollywood Reporter, Flower expressed the frustration for having no control over the situation. “It was definitely a stressful moment, but I wasn’t playing, so there’s nothing else I can really do or say. I was there to represent iconic movie and TV film scores. I prepped for so long. I canceled my holiday so that I could prep,” she divulged.

Following the confusion, Flower tweeted on Tuesday night, “I would never play piano over people’s speeches!! I’m only playing when you see me on camera! #goldenglobes.” She said she put her phone away for the rest of the night and woke up feeling good about herself.

“We were able to deliver the music,” she said with pride after having had several hours to reflect. “I had a great time.” She added of her feeling in the next morning, “I’m feeling great.”

In addition to iconic tunes, Flower got to play some of her own original music for the commercial intros and outros, the opening theme song and the closing scene of the 80th Golden Globe Awards.