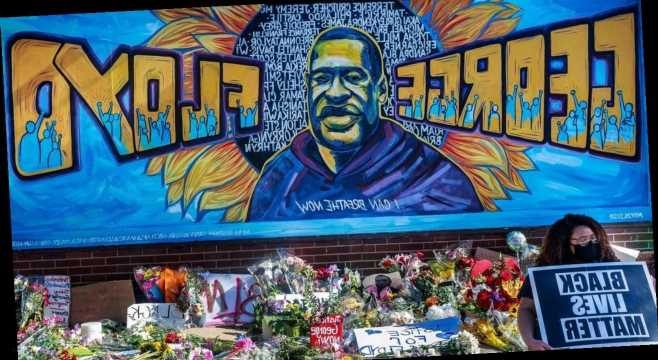 The Minneapolis City Council approved Friday a $27 million civil settlement with the family of George Floyd over the Black man’s death in police custody last year. The city council voted 13-0 to approve the settlement, which directs $500,000 to be used to benefit the George Floyd Memorial site at 38th and Chicago.

Derek Chauvin, the former Minneapolis police officer who kneeled on Floyd’s neck for more than nine minutes, is standing trial on murder and manslaughter counts. Three other ex-officers involved in the fatal arrest are charged with aiding and abetting and will be tried jointly in August. The family lawsuit was filed against the city on July 15, alleging the four former officers violated Floyd’s rights when they restrained him, CBS Minnesota reported.

“Mr. Floyd died because the weight of the entire Minneapolis Police Department was on his neck,” Attorney Ben Crump, who represents the family, said when the suit was filed.

Minneapolis mayor Jacob Frey said on Twitter the settlement “reflects a shared commitment to advancing racial justice and a sustained push for progress.” During a press conference Friday, Crump called the settlement “historic” and thanked city leaders, who he called “progressive and deeply moral.” Crump said the settlement sends a message that the unjust killings of Black people should not be written off as “trivial, unimportant or unworthy of consequences.”

Crump noted that Saturday marks a grim anniversary — one year since the fatal police shooting of Breonna Taylor in Louisville during a botched police raid. Floyd and Taylor will be “forever linked in history as two people who were taken from us at the hands of the people who were supposed to protect them, serve them,” Crump said.

Floyd’s family has been in touch with Taylor’s mother, Tamika Palmer, Crump said.

Crump also pleaded for protesters to remain peaceful as the Chauvin trial continues with jury selection.

Members of Floyd’s family and city council members stood with Crump as he spoke. In a statement, Floyd’s sister Bridgett Floyd, who was not in attendance, said: “I am pleased that this part of our tragic journey to justice for my brother George is resolved.”

“Our family suffered an irreplaceable loss May 25 when George’s life was senselessly taken by a Minneapolis police officer,” Bridgett Floyd said. “While we will never get our beloved George back, we will continue to work tirelessly to make this world a better, and safer, place for all.”

The lawsuit also said the city allowed for a culture of excessive force and racism to proliferate within the police department. In a statement Friday, lawyers representing Floyd’s family members said they are encouraged that the Minneapolis police department has undergone substantial reforms.

“Even as the trial against former officer Derek Chauvin moves forward and the family waits for justice in the criminal courts, this settlement imparts a measure of justice that is meaningful, important and necessary,” attorney L. Chris Stewart said in a statement. “It provides a path forward for our clients and ensures that George Floyd’s death will result in substantive, positive change.”