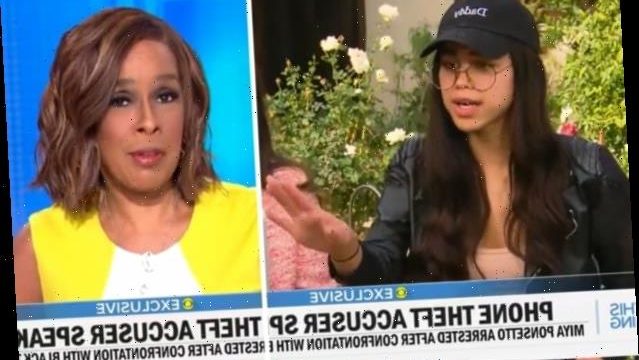 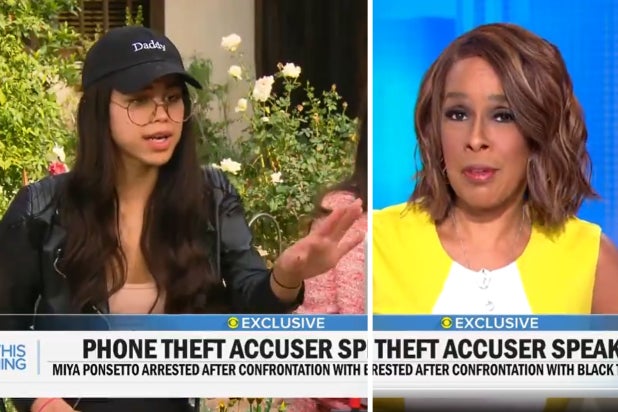 CBS News’ Gayle King was cut off by a woman who was caught falsely accusing and attacking a Black teen of stealing her phone.

Miya Ponsetto, who was arrested Thursday night, appeared on CBS alongside a lawyer to discuss the Dec. 26 incident. The interview was taped hours before her arrest. In a video that went viral, Ponsetto was seen confronting and attacking 14-year-old Keyon Harrold Jr. in a lower Manhattan hotel. The teen’s parents are musicians who have worked with Beyoncé, among others. His father, jazz trumpeter Keyon Harrold Sr., posted the video of the altercation online. The teen did not have the phone. Twitter labeled Ponsetto “Soho Karen” while law enforcement worked to identify her.

During the interview, which aired Friday, Ponsetto defended herself as “super sweet” and said it was not her “intention” to hurt the teen’s feelings. She asked King how she would have felt if she had found herself with no phone in an unfamiliar city, but the longtime journalist said, “I just don’t think I would randomly attack people.”

Ponsetto said she wants to “move on” from the incident, which she does not think has anything to do with racism. After being pressed to explain her actions, Ponsetto raised her hand and cut King off, saying “OK, Gayle, that’s enough.” Ponsetto’s lawyer could be heard whispering “stop, stop” to her client.

When the taped interview stopped rolling on “CBS This Morning,” King told her co-anchors in the studio that Ponsetto’s lawyer had “tried to help her,” but she “refused” the help. Tony Dakoupil commented, “The video footage is pretty clear and she doesn’t seem quite ready to acknowledge what it shows.”

King was praised online for “holding it together” and demonstrating “sheer patience.”

Watch the clip below, via CBS News.