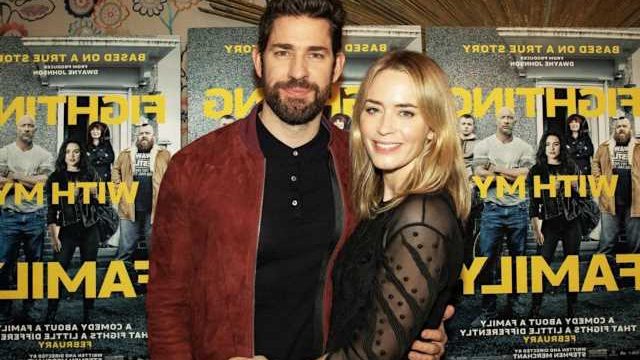 AceShowbiz –Emily Blunt is convinced her roast chicken sealed the deal for John Krasinski and led to his proposal. The actress, who met John in 2008 and became engaged to him a year later, insists a perfect dish won him over enough to get down on one knee and ask her to marry him.

She told the “River Cafe Table 4” podcast, “I guess I just made something that I knew he would love. A roast chicken. Who doesn’t love roast chicken? The roast chicken I love is (cookbook author) Ina Garten’s roast chicken. It’s called her ‘Engagement Chicken’, because I think when people make it for people they get engaged or something.”

“Lemon, garlic, onions up the chicken, thyme, salt and pepper, all that. You scatter onions around the chicken, but you pack them in really tight into the tray. And then you roast them really high for about an hour and 20 minutes and they’re done and they’re perfect. When you take the chickens out you then kind of saute in some wine and [put] some butter into that oniony, garlicy mixture. Oh my God, it’s divine. It’s really sticky and yummy.”

And now the couple has one of the most solid marriages in Hollywood, with John confessing he’s been a “huge” fan of the “Jungle Cruise” actress for years.

“I was a huge fan of hers before I even met her, so I continue to be a huge fan of hers in everything she does,” he says. “So we’re just extremely supportive, we get what the job is and that you gotta travel and do some stuff, but it’s always about coming back home and being together, it’s the most important thing.”