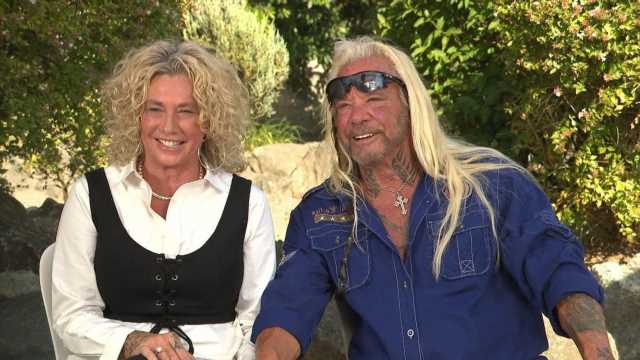 Duane “Dog The Bounty Hunter” Chapman and Francie Frane are getting ready to say “I do” — and it’s all happening next month!

The 68-year-old reality star made the revelation during his guest appearance on the Two Guys From Hollywood podcast on Tuesday, excitedly telling co-hosts Alan Nevins and Joey Santo, “I’m getting married, and you’re invited.”

“We went to the venue, picked it out yesterday, looked at it. Man it costs a lot to get married, my God!” he revealed. “Anyway, yes, September 2 [is the wedding date].”

Duane was previously married to Beth Chapman for 13 years, up until her death due to cancer in June 2019. He proposed to Francie in May 2020, shortly after the two first met and bonded over their tragic losses. At the time, Francie was also grieving her husband, Bob, who died of cancer just six months before Beth.

“Francie’s husband passed away over three years ago, Beth passed away over two years ago, and I felt very bad about even wanting to have someone else after Beth,” Dog admitted. “And then when I went to the Bible, Genesis, and found out how Adam got Eve, as I was going to find the exact story, I saw the scripture that says, ‘God does not want a man to be alone.’ That he knows we need a companion, whether we’re a man or a woman.”

While speaking to ET last September, Duane opened up about how Francie helped him heal from Beth’s death, while also giving him another chance at love and marriage. Duane said that he and Francie bonded over their tumultuous situations, and that he “knew right away this was love.”

“We understood the pain that the other one was feeling and [in] those tough days and moments, we helped each other stand up,” Francie added. “We could cry with each other and talk about what we were feeling. We were able to walk alongside each other through the pain and heartbreak and it brought us together in this amazing way.”

Hear more in the video below.