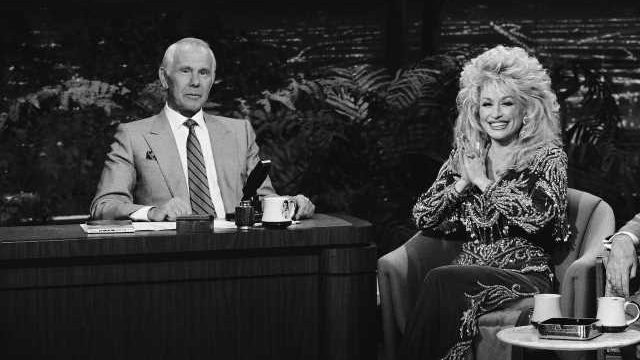 Whenever Dolly Parton visited Johnny Carson on The Tonight Show, the two were sure to share a few fun stories and naughty jokes. They were both bone fide superstars, which meant they made interesting subjects for gossip rag fodder. And in turn, the tabloid outlets and their tales made good targets for late-night jokes.

In 1992, about 25 years after her first visit, Carson asked Parton how the phony press was treating her. And she told him about one story that gave her comical “visions” of having a breast implant “blowout.”

But while Parton and Carson laughed off stories about her, he once sued the National Enquirer for making up stories about painful parts of his personal life. 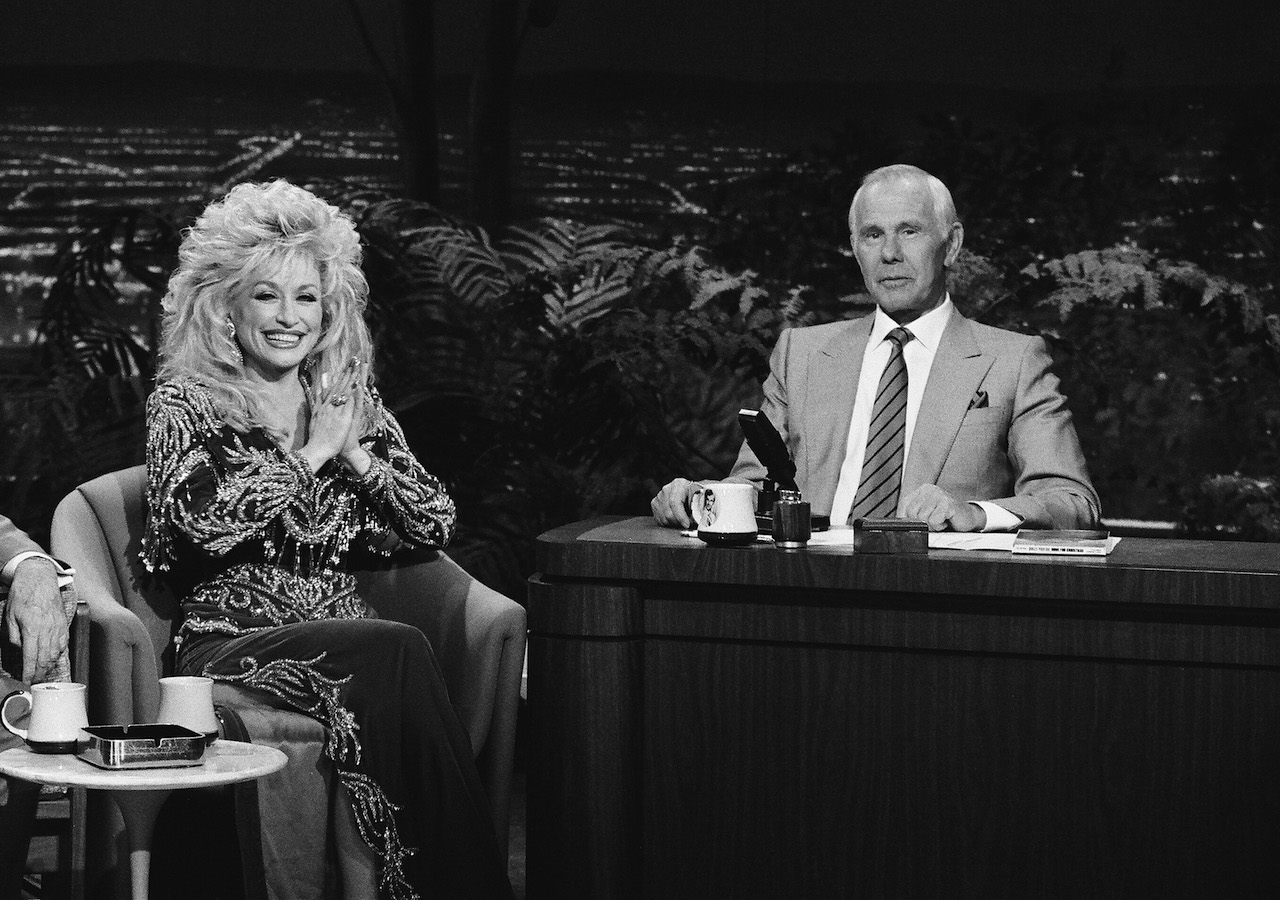 Dolly Parton and Johnny Carson were both tabloid targets

Though tabloids and “scandal sheets” have been around for centuries, tabloid journalism seemingly hit a stride in the ’80s and ’90s. Fabricated claims often targeted stars like Parton and Carson because they carried high public interest.

At one point, she joked she was the “queen of the tabloids” and even wrote a song about it. She sang about the press being obsessed with her “royal assets” and “undercover” lovers. She also added, “I wish I was as much fun as they’d have you believe.”

Carson was a similar target, reaching back to the years after his first divorce in the ’60s. Throughout his decades as host of The Tonight Show, the gossip rags promised readers inside secrets about his four marriages and three divorces. They sometimes offered one-sided comments from estranged wives promising to spill all his closet-dwelling skeletons.

When Carson asked Parton in their 1992 Tonight Show interview what kind of stories were in the tabloids about her, she first noted a prediction one outlet made that she would “choke on a pigeon feather” in Dollywood — because it’s in Pigeon Forge, Tennessee.

Then, she noted “the whole thing” about her “supposedly being ill from an implant leak or something.” And Carson told her, “I’ve heard that.”

“Well, that’s been like a great big deal,” she told him. “And it’s not true. I’m perfectly fine.”

But she said the story gave her cartoonish mental images of herself. “I just keep having these visions of me just having a blowout,” she explained, “and [I] just start spinning around the room.”

She compared it to being like “some inflatable doll or something” before adding while playfully squeezing Carson’s arm, “Like one of your love dolls.”

Johnny Carson once sued the National Enquirer over a ‘bogus’ article

Carson and Parton laughed about tabloid stories in 1992, but that wasn’t his approach every time. According to UPI, he sued the National Enquirer for $51 million in 1984 for allegedly printing false information about his third divorce.

He and Joanna Holland married in September 1972 and they each filed to end their marriage in March 1983. Citing irreconcilable differences, they asked for a divorce and for their properties to be divided equally.

Credible reports estimated the third Mrs. Carson requested about $220,000 a month from her ex total. He agreed to pay 10 percent of that — $22,000 monthly. He was to pay her $2.2 million over five years with those payments. The Enquirer printed a story claiming he agreed to pay her $2 million a month as part of a $32 million settlement.

In the end, it seems Carson could not convince a court to compel the Enquirer to give up their source. So, the lawsuit didn’t succeed. However, Carol Burnett successfully sued the outlet for libel once, scoring $1.6 million. Following that victory, Carson said he was “delighted” for her.