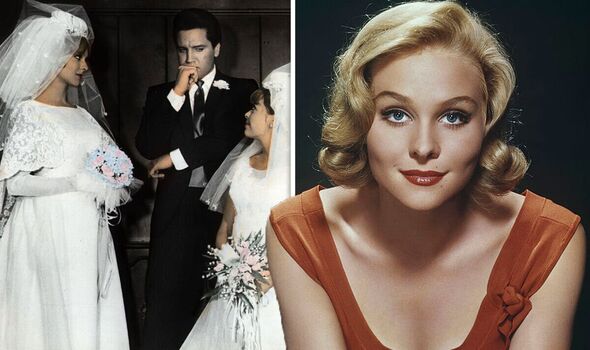 Actress Diane McBain was best known for her role in Surfside 6 and the Batman TV series. The star, who has died at the age of 81, also starred alongside Elvis Presley during her time on the silver screen.

She had been battling liver cancer, her friend Michael Gregg Michaud confirmed.

Michael took to social media to share the tragic news of the star’s death in a statement obtained by Deadline.

“It is with great sadness that I report actress Diane McBain lost her battle with liver cancer and passed away on December 21, 2022,” he wrote.

The pair had become firm friends after they co-authored Diane’s 2014 memoir Famous Enough.

Diane starred in the second season of the ABC series Batman, which ran between 1966 and 1968.

In 1967, she arrived on the scene as socialite Pinkie Pinkston, who was a friend of Batman’s alias Bruce Wayne (Adam West).

Diane was also well known for her role in the 1966 film Spinout, where she starred opposite the late singer Elvis.

The musical comedy film starred Elvis as the lead singer of a band and part-time race car driver and ranked at 57 on the year-end list of the top-grossing films of 1966.

In the flick, which was titled California Holiday in the UK, Diane played one of Elvis’ leading ladies Diana St. Clair.

Diane was initially working as a model before she signed a seven-year contract with Warner Brothers Studios on her 18th birthday in 1959, according to her friend Michael.

Her acting debut was in an episode of ABC’s Maverick starring James Garner.

The following year saw her become a break-out star when she portrayed Daphne Dutton on ABC’s crime series Surfside 6.

The series, which ran from 1960 to 1962, centred around a Miami Beach detective agency set on a houseboat.

The show saw Diane play a socialite whose yacht was berthed next to their houseboat, and also featured Troy Donahue, Van Williams and Lee Patterson.

Diane’s final credit was a 2001 episode of the TV series Strong Medicine, after which she retired from acting.