The acclaimed painter and cultural icon was lost to the world on the fourth of July 1995, exactly 27 years ago. The American artist enjoyed an illustrious career before his death, creating over 30,000 artworks in less than 40 – three times more than Picasso, who 13,500 artworks over an estimated 80 years.

However, despite the sheer volume of Ross originals, collectors will find themselves hard-pushed trying to get their hands on one of his artworks, as they are notoriously difficult to find.

Ross was worth an estimated $10million (£8.24million) at the time of his death, comparatively $19.18million (£15.80million) today when adjusted for inflation.

However, the star had worked hard for his fortune, and a few fumbles would lead to his trademark and legacy extending decades after his passing.

While his show, The Joy Of Painting, was a raging success, Ross’ wealth also came from his line of art supplies, with Bob Ross Inc. earning $15million (£12.36million) a year by 1991.

Due to the way his tutorials would be filmed, Ross often ended up painting three copies of the same image for a single episode, leaving him with over 30,000 paintings throughout his lifetime.

However it is incredibly difficult to find an original Ross artwork for sale, and when one does appear on the market, the price tag often goes beyond $10,000 (£8,000).

The majority of the paintings Ross made for The Joy of Painting are still owned by Bob Ross Inc. which was passed onto the Kowalski family to run after Ross’ passing. 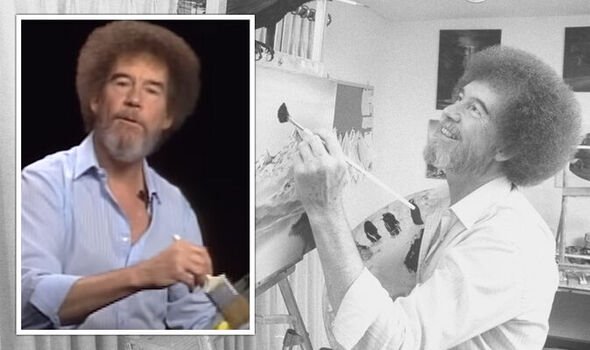 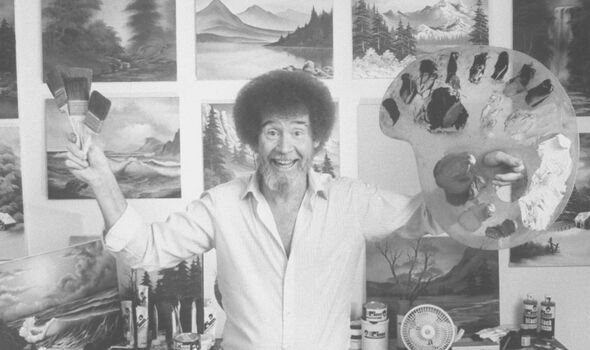 Ross reportedly made it well known that he did not want his art to be turned into financial tools.

Additionally, the artworks specifically for The Joy Of Painting were classified as “work for hire” which indicates the company owns the art rather than the artists.

Over a thousand Ross originals, likely worth millions, sit in the company’s office building in cardboard boxes.

Current president of Bob Ross Inc. Joan Kowalski, told The Hustle it “never occurred” to the company that “anyone would want them”.

After realising the demand, the company has maintained their stance against selling the artwork, with Kowalski saying it hopes to “preserve the mythological wonderment” of Ross.

Ross had dropped out of high school and worked for a while as a carpenter with his father, not necessarily showcasing any heightened interest or talent in an artistic career. 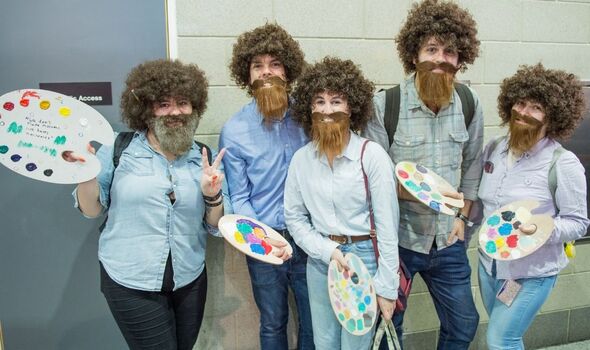 An accident in the workshop would almost destroy what would be his claim to fame as he lost his left index finger.

Luckily this would not ultimately affect his ability to paint or hold a palette.

At 18 he began working in the United States Air Force in 1961 as a medical records technician.

Ross rose to the rank of master sergeant and served in Alaska, spotting the stunning snow and mountains that fans would soon learn of as recurring themes in his art.

During his 20-year career in the military, Ross had to be the mean leader as characteristic of his rank, but doing this made him swear to never raise his voice when he left the military.

Ross was first exposed to painting at an art class at the Anchorage USO club, which provides entertainment for armed forces members.

Whilst his teachers were more interested in abstract painting, Ross found himself at odds with them, saying in an interview with The New York Times: “They’d tell you what makes a tree, but they wouldn’t tell you how to paint a tree.”

He began developing his quick painting skills during his daily work breaks, and continued to hone this craft after he left the military.

Whilst working as a part-time bartender his Alaskan landscape painting started being a commercial success, with his income from painting sales overtaking what he was earning in the military.

By 1981 Ross retired from the military as a master sergeant and returned to Florida to be an art tutor for the Alexander Magic Art Supplies Company.

One of his students, Annette Kowalski, encouraged him to set off on his own, pooling her own savings along with Ross and his wife to create the Bob Ross Inc. company.

However, the timelessness of these episodes has seen reruns continuing to air today, with clips on YouTube receiving millions of views despite the platform only being created 10 years after Ross’ death. 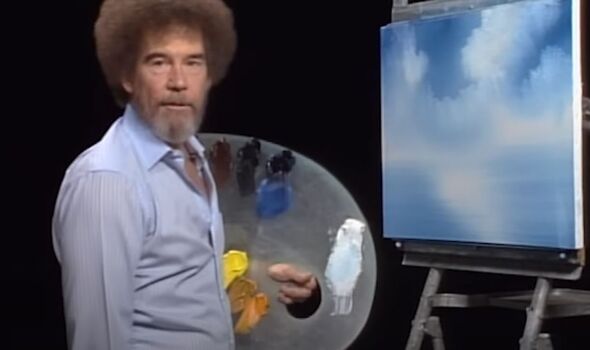 Ross was known for his iconic hair, which he originally styled as it was one of the cheapest hairstyles to maintain.

By the time Ross had gained enough traction to change it up, his afro was far too iconic to do away with, leaving him stuck with it for the rest of his career.

His purposeful outfit choice, generally jeans and a plaid shirt, was decided on as he believed it would be timeless.

His tutorials no longer serve as just guidance for budding artists, with sayings like: “We don’t make mistake; we just have happy accidents” and his now legendary “happy trees” are now synonymous with pop culture.

The star reportedly always expected to die young, suffering from multiple health problems throughout his life, and he unfortunately passed at the young age of 52.