Anne Hathaway is lighting up New York City with a bold fashion look. During a guest appearance on The Late Show with Stephen Colbert, the actress—who has been busy promoting her Apple TV+ miniseries, WeCrashed—stepped out in a colorful three-piece suit by Christopher John Rogers.

The outfit consisted of a blazer, a corset, and a pair of palazzo trousers—all three pieces bore the designer’s signature multicolored gradient polka-dot print, this time rendered in bright green, purple, and red. She also carried Versace’s La Medusa Mini Bag in a turquoise shade. 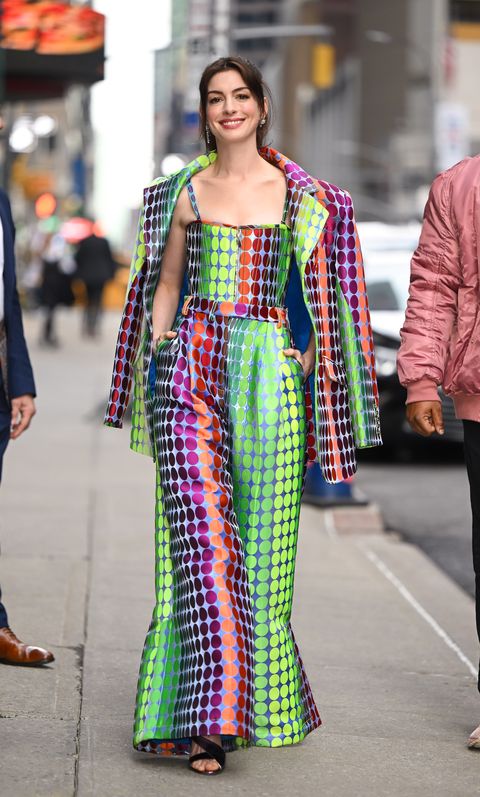 The WeCrashed promo tour has been delivering a round of fresh style sightings of the star. Last weekend, the Oscar-winning actress walked the South by Southwest red carpet in Austin wearing a metallic dress with a plunging neckline and waist cutouts from Versace. She also carried a handmade macramé purse from Thai brand PIPATCHARA, which featured the transgender flag.

Though she hasn’t publicly commented on the meaning behind the bag, she carried the accessory amid continued criticism of Texas governor Greg Abbott’s anti-trans order attempting to penalize the parents of youths undergoing gender-affirming medical care. 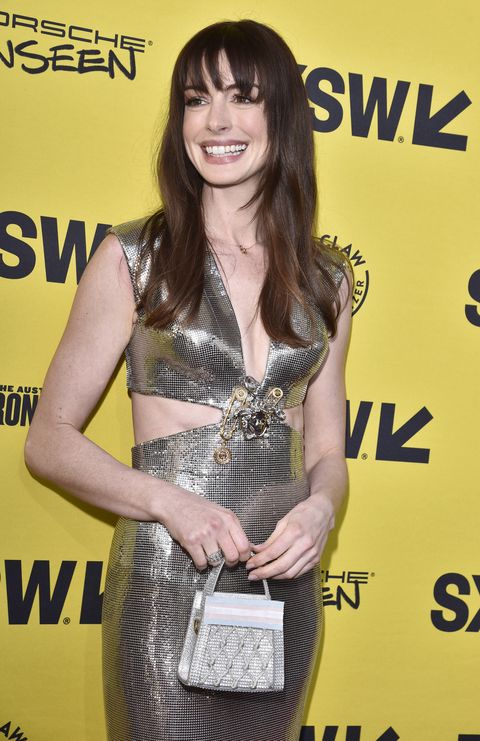 Celebrity stylist Erin Walsh opened up about dressing the Les Misérables star in an interview with E! News last year.

“She’s delightful. She’s the ultimate muse,” Walsh said. “Before I even met her, she was already a fashion icon … [because of] all the movies that she’s done and all the different fashion personas she’s embodied in those since the time she was a little girl.”