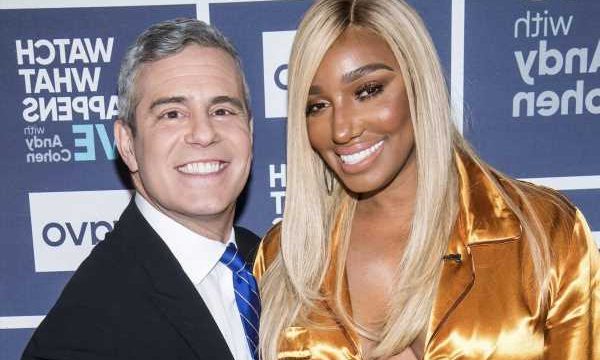 Nene Leakes is one of the iconic stars of The Real Housewives of Atlanta and possibly the most recognized star of the Bravo franchise. The “tastiest peach” left the reality series in 2020 after a contentious negotiation that didn’t materialize and Leakes making accusations against Bravo and Andy Cohen. After a year off of the show, Leakes has hinted that she would consider returning to reclaim her peach. Following the revelations, Cohen is now reacting to the latest interview from Leakes.

Nene Leakes is open to returning to ‘RHOA’

Leakes announced her departure from RHOA after season 12. Although there were talks about returning for that season, it didn’t happen as Leakes wasn’t happy with the terms. It’s not entirely known what Leakes was demanding from Bravo executives and producers, but she hinted there were issues about racial inequality.

More than a year from when she left RHOA, Leakes has seemingly put thought into opening up the conversation about possibly returning to the show. When the Glee alum made an appearance on The Real, she confirmed that she wouldn’t mind returning to the franchise.

For the entrepreneur, it would take a conversation with executive producer Andy Cohen for Leakes to make it happen. As their relationship is rocky, Leakes wants the opportunity to reconnect with her former friend.

“Andy and I were really close for a really, really long time,” she added. “I think that Andy and I need to have a sit-down and talk and then we’re off to the races.”

Cohen has reportedly been in touch with Leakes following the death of her husband Gregg. Up until that point, the Watch What Happens Live host didn’t mention the former RHOA star in any of his shows. However, when Gregg died, Cohen dedicated a sweet message to the Leakes family on the late-night show.

As the television host promotes his new book, fans have been asking him questions. During one of his stops, he was allegedly asked about Leakes manifesting her return to The Real Housewives. Cohen said that he was focused on the new season of RHOA that had already started filming.

Now, Reality Blurb is reporting that Cohen made another statement on his Sirius XM show Andy Cohen Live saying, “What I don’t want to do is get into a public thing with her. I think she would probably prefer that I keep her name out of my mouth and that is what I’m going to honor.”

Kenya Moore was asked about Leakes putting out into the world that she was open to returning to RHOA as well. Despite their rollercoaster friendship, the two reality stars are in a cordial place now.

“You know, I don’t know. I know she has a lot of fans and people love her, and definitely, she has made her mark on the show and she made the show what it is,” Moore said on Daily Pop. “I think that interview was from her, you know, wanting to come back. Whether there’s a future for her there in terms of with the network or, you know, the higher-ups, I can’t really speak to that.”

The Real Housewives of Atlanta Season 14 is expected to return in 2022 on Bravo.