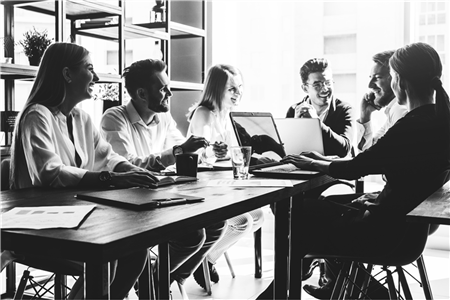 Opinions expressed are solely those of the author and do not reflect the views of Rolling Stone editors or publishers.

In 1989, Aerosmith released their influential song, “Janie’s Got a Gun,” which focused on child abuse.

Years later, Aerosmith frontman Steven Tyler worked alongside Youth Villages and started a charity, Janie’s Fund, to aid girls and young women who’ve been victims of neglect and abuse. The fund has generated awareness about child abuse and has continued to fundraise even during the pandemic.

I’m a long-time Aerosmith fan, and I had no idea that Janie’s Fund existed until a few months ago. Since then, I’ve donated some of my company’s T-shirt products to Janie’s Fund for its fundraising efforts, and have learned a few lessons about philanthropy that I think other business leaders can benefit from as well.

1. Find An Inroad Into What Matters

Steven Tyler’s art has influenced who he’s become in the world, and how he’s helped others. Spurred by the song his band released in 1989, he decided to take action in a formal way.

As business leaders, we shouldn’t sit still and do nothing. Instead, we should recognize that not everything we do should be about generating revenue, and find a way to help a cause, be it hunger, child abuse, the ongoing pandemic or something else the world is grappling with.

The Rolling Stone Culture Council is an invitation-only community for Influencers, Innovators and Creatives. Do I qualify?

2. Lean Into Your Community

To make Janie’s Fund a reality, Steven Tyler partnered with Youth Villages, a nonprofit organization. He recognized that he needed additional help and expertise for Janie’s Fund to be a success.

In fact, it’s the norm for people in the music and art worlds to ask their communities for help — there’s zero shame in recognizing where one’s limitations are. As business leaders, we should adopt the same mindset. For example, if you own an art supply store, perhaps you can partner with the local school district to give every child in need some basic school supplies. Or, if you own a staffing firm, maybe you could partner with a local nonprofit to help the unemployed members of your community find work.

3. Help For The Sake Of Helping, Not Self-Promotion

Steven Tyler is a household name; he’s one of the most iconic rock musicians of today. However, he separates his celebrity and philanthropic work. He doesn’t use Janie’s Fund as means of self-promotion.

Yes, of course, some people and companies do actively use philanthropy as a marketing tool — it would be naive to say otherwise. However, I think it’s classier to be more subtle about it. Strive to help for the sake of helping others, not for the sake of helping yourself. When you step outside of your bubble and truly focus on how you can make life better for people, you’ll leave a mark on the world for years to come.